Home Entertainment News I Don’t Go To The Market, My Husband Does’ – Omotola Jalade...

Delectable Never Aging Nollywood Actress, Omotola Jalade-Ekeinde shocked her audience at the Knorrsocial Symposium on Friday when she said she does not go to the market to buy food items but her husband, Capt Matthew Ekeinde does.

The delectable actress also spoke about her career and family.

Omotola believes that the man and woman should complement one another in marriage, not a situation where a woman would be seen as inferior.

“A lot of people have had problems with that, they either feel I’m too strong or you know culturally, you should fall back and all of that. I say no. I would respect you, but I would do it my way. So that is what I have had most challenges with even in my career.”

The celebrity, who recently celebrated her 20th year on stage, described her husband as “a strong man for understanding my status”, and recalled an experience that transferred the responsibility of going to the market to the head of the family.

“In my earlier career, I used to go with him but I’d stay in the car, because our cars are tinted, so I’d stay in the car. But then, one time we went to Tejuosho and someone found out I was in the car,” she said. “It became a major security risk, so he said don’t ever go with me again. He goes and he has fun and he comes back home, and I do the cooking, so you see we strengthen each other. “Men feel when I intimidate my woman, when I hold her down; that shows I’m strong, no! That shows you’re weak.”

Omotola got married in 1996 at the age of 18 and the ‘scandal-free’ union has produced four children. 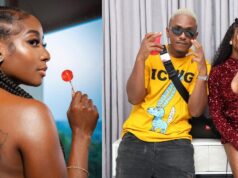 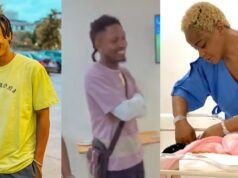