Home Viral I’m getting married to your sister cos she’s ready – Man tells...

A leaked chat between a man and his girlfriend has surfaced online, which shows the latter ending the relationship with her, hence preparing to marry her sister.

His girlfriend had on several occasions turned down his marriage proposal throughout their 2-year relationship, saying that she is not ready to settle down.

However, the man known as Stephen, who feels he is not getting any younger and wishes to marry as soon as possible, decided to shift trajectory to her sister.

According to him, since she (girlfriend) is not ready at 24 years, he has chosen to marry her sister who is ready to settle down.

She tried to dissuade him by saying that her sister doesn’t love him but he did not change his mind.

He pointed out that considering he is 32 years old, and his girlfriend’s sister, is 29, that she sees the urgency to marry.

Stephen also said that he cannot wait over the uncertainty that his girlfriend would be ready in the nearest future.

Read their chat below: 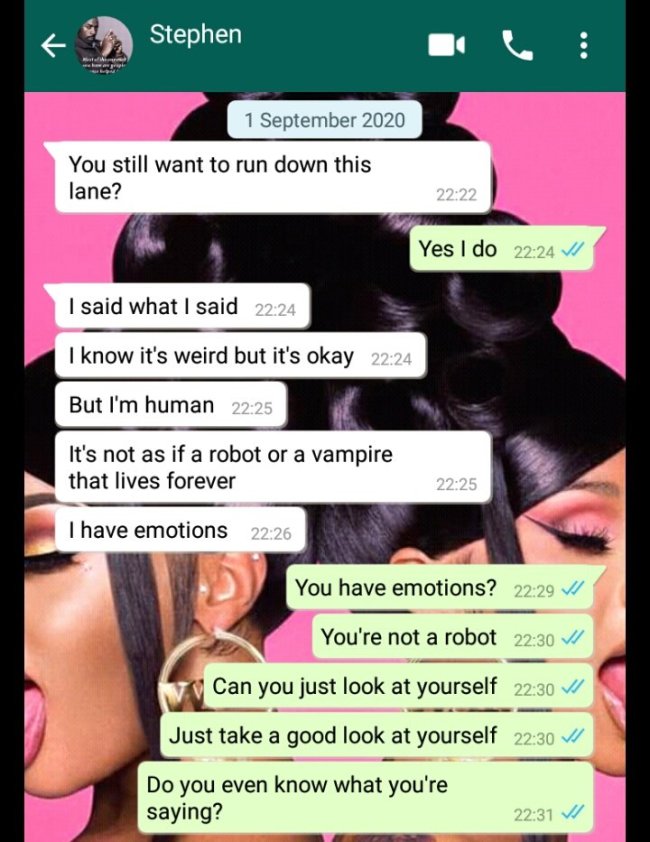 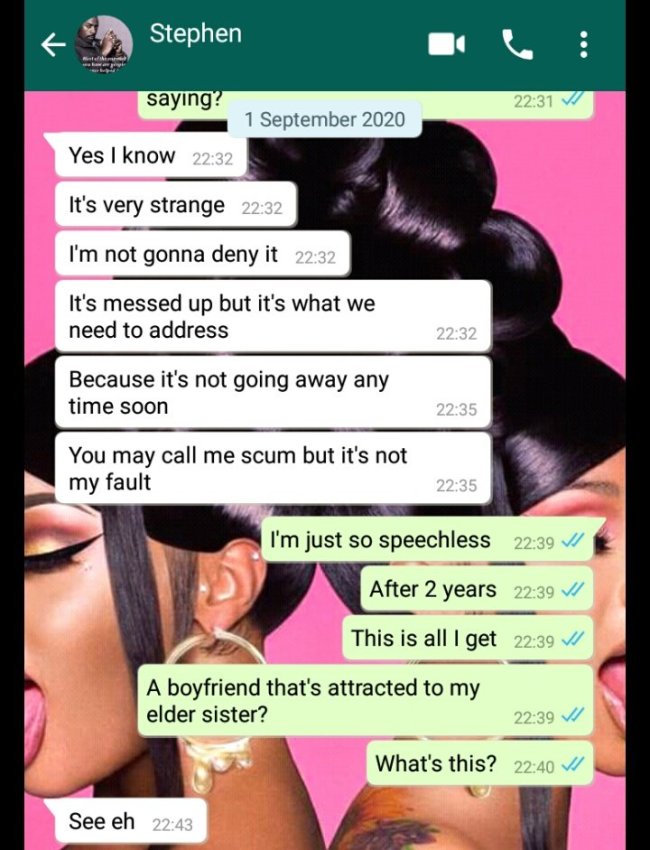 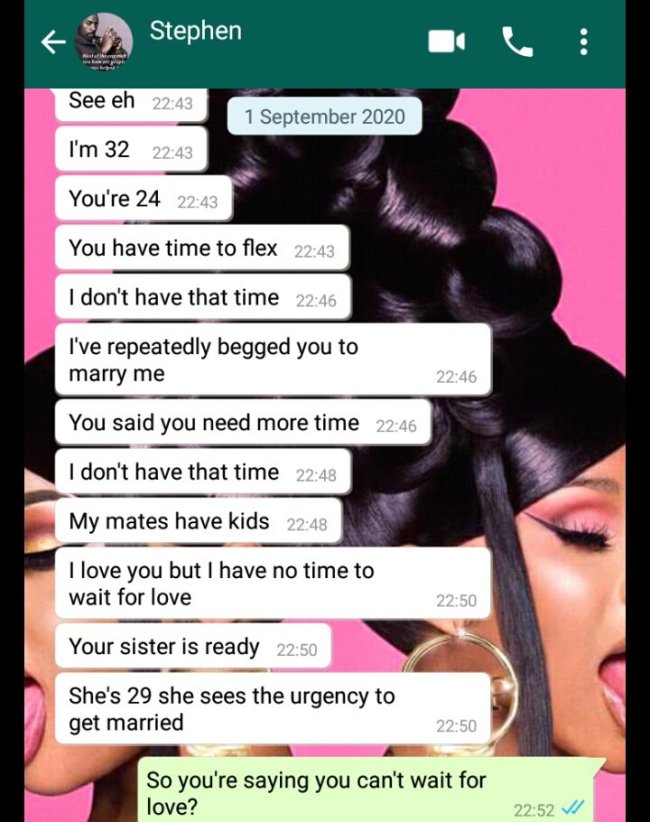 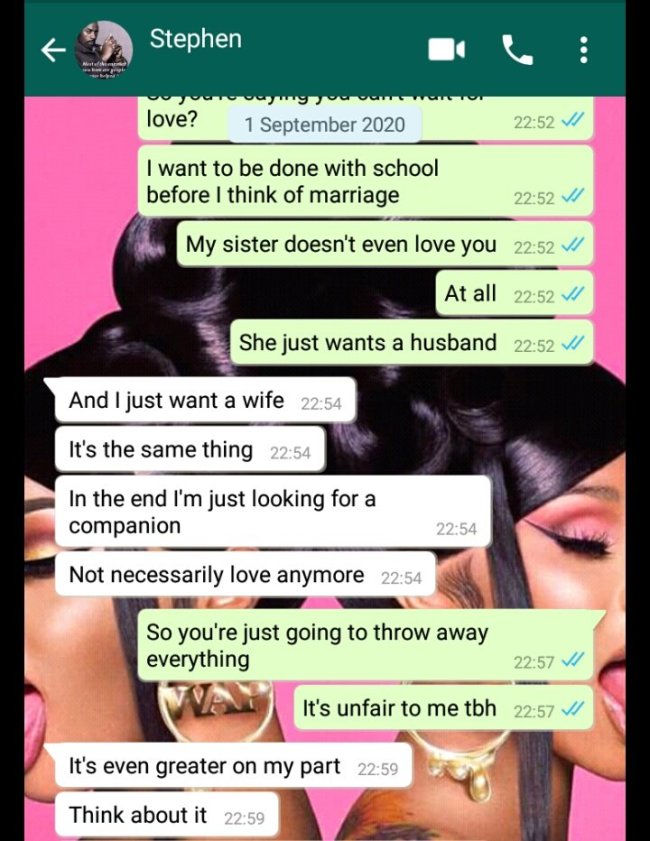 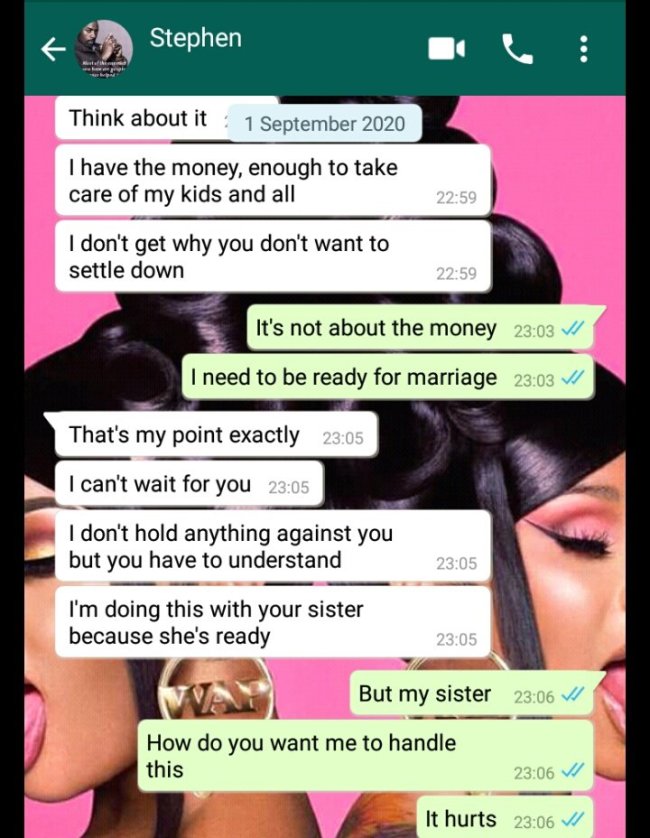 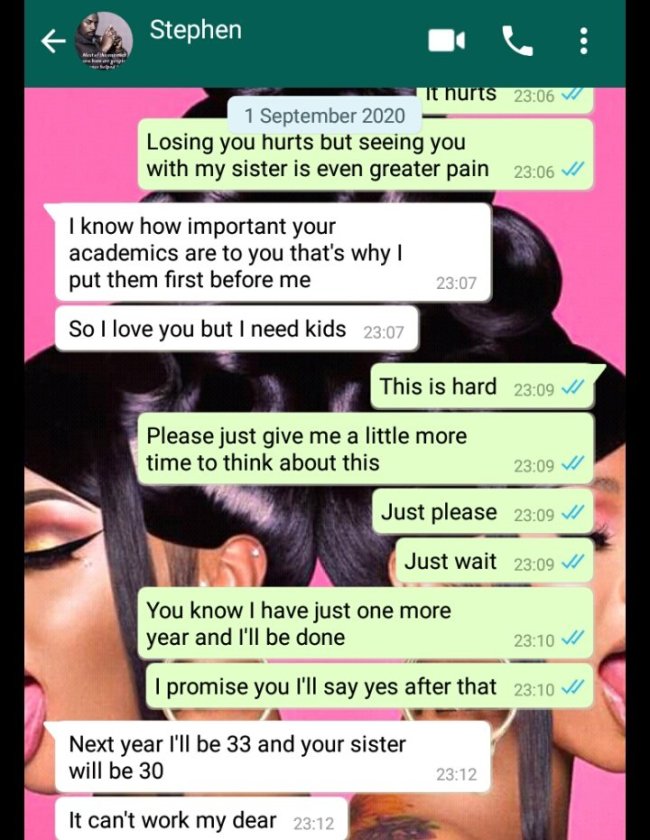 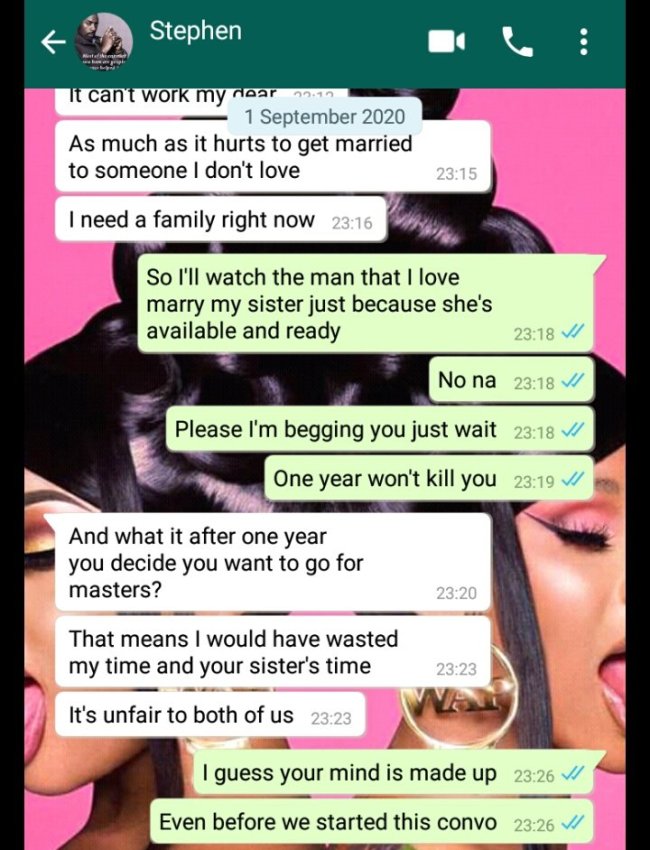 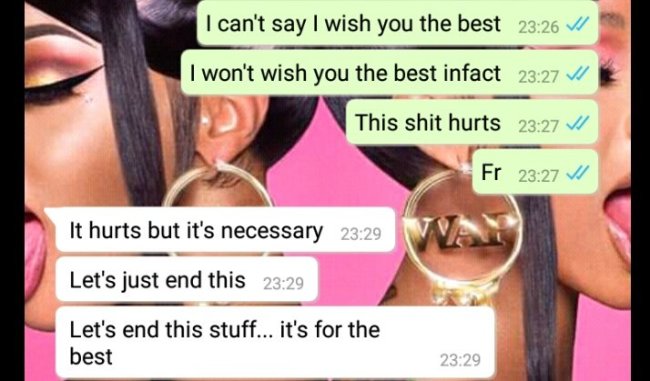 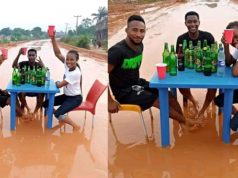