Home Entertainment News “You’re an imbecile, I regret the day I hugged you” – Actress,... 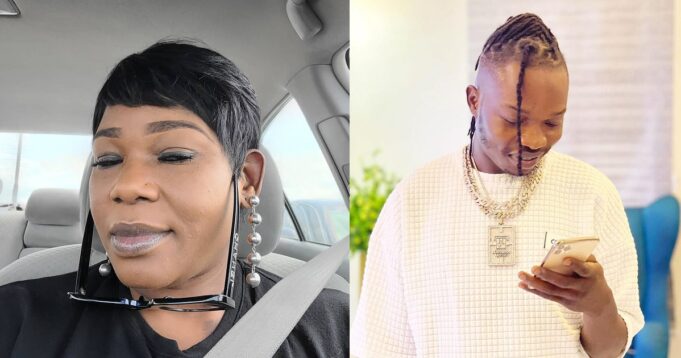 Recall that, the Marlian president yesterday, shared with his followers, his aspiration of wanting to get down with a mother and daughter at the same time.

According to him, some day, he is going to have sex with a mother and daughter one day. He stated further that the mother should be aged under 40, while her daughter should be over 18.

Ada who was apparently irritated by the singer’s ‘naughty fantasy’ slammed him and accused him of using his page to promote things that aren’t positive.

She said she regrets the day she hugged him on the plane and called him the president of the Marlians because she liked him.

In a video shared on her Instagram page, a disappointed Ada revealed she unfollowed Naira on the photo sharing app because of his post.

“I had to unfollow you mehn because you no get sense. You open your mouth say you wan sleep…

“Tell your mother that Ada Grace Ameh said, first of all, before you go sleep with mother and child, make your mama sleep with your papa brother. You no get sense. You be idiot. You be stupid boy.”

She asked why he can’t learn anything from the way Don Jazzy and other celebrities use their fame and social media pages to promote positive things.