Nigerian music executive, David Adeleke popularly known as Davido, has been dragged to filth by Nigerians on Twitter for shooting his shot at collaborating with American rapper, Meek Mill.

The rapper tweeted, on Sunday January 24, that he wants his followers to link him up with a young Nigerian artist.

However, because Meek Mill used the word “artist” in his tweet, Davido misinterpreted it to mean a singer, whereas the Dream Chaser Records boss meant a visual artist.

Reacting to the tweet, Davido asked Meek to link up so they can collaborate on a song.

Meanwhile, Nigerians have taken to the micro-blogging platform to drag and call him a “beggar” for misunderstanding the tweet.

See some of the comments below,

@Pog_llins wrote, “Artist bro not artiste. Or can peruzzi draw?”

@globaljollof wrote, “This guy no get levels at all….can never be Wizkid 🤢🤢.”

@ShaydeeGraphic wrote, “Omo Davido sef no fit differentiate between Artist and Artiste, but who am I to correct him, I no get money.”

@mohahnas3 wrote, “N***a stooped so low to beg for a feature where a painter is needed.”

The Gobe singer has however owned up to his mistake, but maintained that he is still interested in working with Meek. 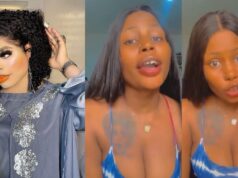 “The more you talk, the more I draw” – Fan who tattooed Bobrisky’s face on her body slams troll (Video) 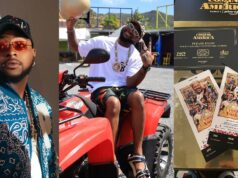 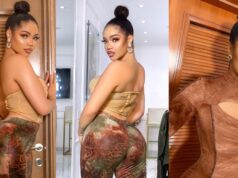 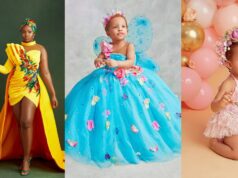 Teddy A and Bam Bam celebrate their daughter, Zendaya as she clocks 1 (photos) 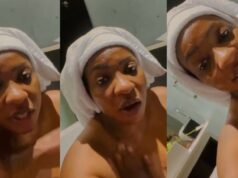 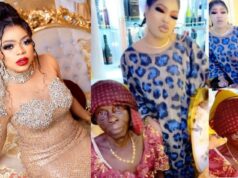 Bobrisky keeps his promise, flies elderly woman and her grandson to his Lagos residence. (Video)

“The more you talk, the more I draw” – Fan who tattooed Bobrisky’s face...

Teddy A and Bam Bam celebrate their daughter, Zendaya as she...