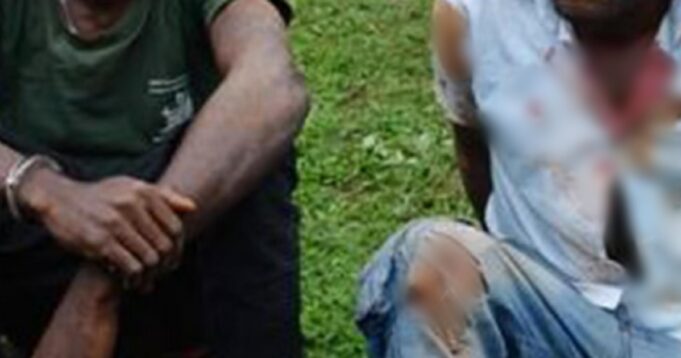 One of the suspected ritualists who allegedly killed a young girl, Nkemdili Eze, in Enugu state, said the girl was sacrificed because their deity needed the blood of a virgin to be powerful.

The suspect, identified simply as Agbo, made the confessional statement shortly after he was caught by the neighborhood personnel in connection with the crime, Vanguard reports.

“Ifeanyi didn’t like the fact that I was being caught most of the time I went for robbery operations. He was looking for a way to fortify his deity. One day, he told me that he had brought an abandoned deity named Idenyi, to his shrine.

I was shocked to hear that from him. I asked him if he knew how to appease the deity. He equally told me that he needed the blood of a virgin to make the deity powerful. That was why he asked me to bring someone to her and I recommended Nkemdili.

So, there was a masquerade festival in my village. A day before the festival, I searched for Nkemdili but without success.

However, a day after the festival, I was in the bush smoking Indian hemp when she passed. I quickly notified Ifeanyi and he moved to the location with another suspect who I didn’t recognize.

“When they got there, his friend stopped her, while Ifeanyi covered her mouth and they took her into the bush. I followed them also.