Home Entertainment News Lady caught after paying for drinks of N420k at a nightclub with... 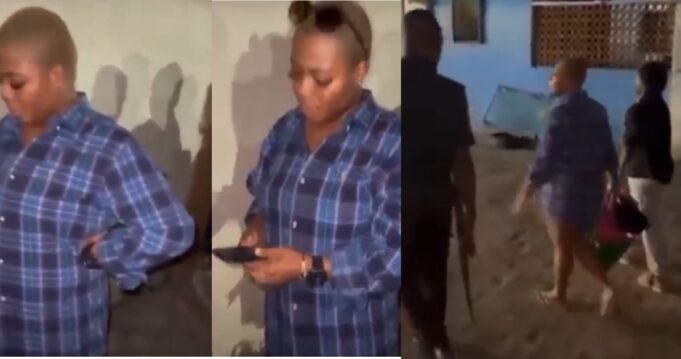 A lady who was out partying all night has been nabbed after she tried paying for drinks with a fake debit alert.

A video making the rounds on social media shows the lady frantically making some calls in order to get out of the mess she’d involved herself.

It was alleged that she ran out after buying the drinks. Police officers were later seen leaving with her after she couldn’t pay for the drinks.

In unrelated news, Actor, Alex Ekubo’s ex-fiancee, Fancy Acholonu has taken to social media to apologise for her choice of words while announcing her separation from the actor.

It would be recalled that Alex proposed to Fancy in a beautiful way in April last year and they both went online to announce news of their engagement.

However, Fancy broke the internet when she announced that she has ended her relationship with the actor and would not be proceeding with the wedding. (Read here ICYMI)