Home Viral Lady confronts her babydaddy for buying food for only the child they... 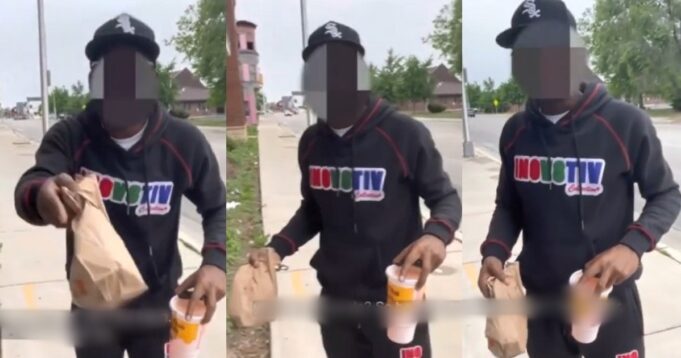 A video making rounds online shows the moment a lady confronted her babydaddy for buying food for only the child they have together when she has three other kids.

At the beginning of the viral video, the aggrieved woman is heard ranting about how her child’s father only brings food for the child they have together instead of bringing food for all her children.

She then threatened to expose him to the world so everyone can see the kind of father he is.

When her baby daddy arrived in his car, he brought only one pack of burger and drink for his child as she predicted and she didn’t take it lightly.

She immediately tackled him for only buying food for his child instead of buying what would be enough for all her kids.

According to her, it’s completely wrong and selfish of him because her other children always feel left out whenever he brings food for only his child.

In response, her baby daddy maintained that he’s only obliged to take care of his child not the numerous children she has with other men.

He further stated it’s her responsibility to take care of her other children not his.

Watch the trending video below,