The young Nigerian lady who took to Twitter to share how she trekked from Ikeja to Mile 12, after a man she met on the app refused to give her transport fare, gets N175K as consolation.

Horlamide had earlier taken to he platform to lament, after she had to trek from Ikeja to Mile 12, when a man she met on the app refused to give her transport fare back home.

According to her, she visited a male friend she met on Twitter in his house in Ikeja, an act she regretted. Horlamide noted that on getting there, the man tried to touch her, but she declined which made him refuse to give her transport fare to go back home as promised.

Meanwhile her tweet caught the attention of another man on the platform, and he took to her DM to gift her N175K as consolation.

According to the random Twitter follower, the young lady is too beautiful for the stress she was made to go through, hence, the need for the compensation.

Taking to her page to share the news, she wrote,

”And he DMed and consoled me with 175k. Good guys are still on Twitter 3rd of March and already cashing in.”

Young girl goes missing, one week after she left home to visit her boyfriend in Warri

Iniubong Umoren : “I would have also been a victim” – Another Lady shares her facebook chat with Frank Uduak ; He tried to... 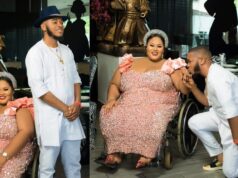 “What seemed impossible, my God did it twice” – Differently-abled woman in wheelchair says as she announces her wedding 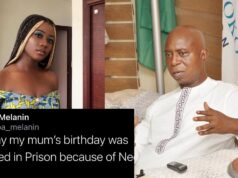 Iniubong Umoren : “I would have also been a victim” – Another Lady shares...