Barcelona star, Lionel Messi has been ruled out of next week’s El Clasico, after he fractured his arm in Saturday’s 4-2 win over Sevilla at the Nou Camp. 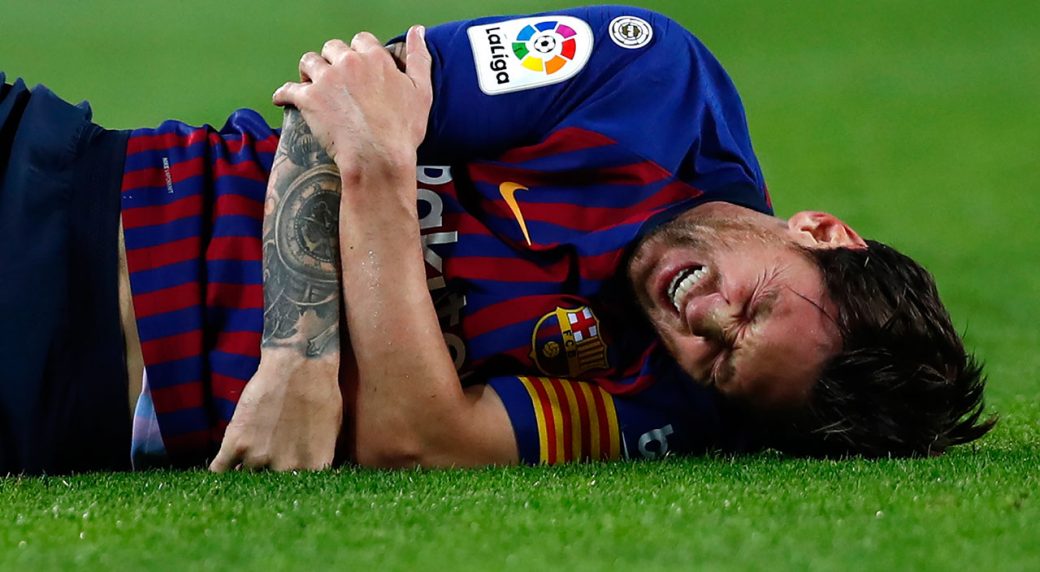 Messi went down awkwardly in the 17th minute of the clash and was eventually forced off nine minutes after the incident, and was replaced by Ousmane Dembele.

After the match, Barca posted a tweet confirming the injury.

It read: “Tests carried out on the first team player Leo Messi have confirmed that he has a fracture of the radial bone in his right arm. He will be out for approximately three weeks.”

Messi will also be absent for the Champions League clash at home to Inter Milan on Wednesday.

Should the layoff be exactly three weeks, then he will also be forced to sit out the Copa Del Rey trip to Cultural Leonesa, as well as the league trip to Rayo Vallecano, the return Champions League match with Inter and possibly the home league game with Real Betis on November 11.