Home Viral Main chick assaults side chic with wig after catching her with her...

In a new video currently making the rounds online, a lady is seen assaulting another lady after she caught her with her girlfriend.

The report trailing the video says a lady, who happens to be a main chic of a guy, caught him with his side chic and assaulted her with a wig over their affair.

Report have it that that the main chick turned up at the mall after she learnt that her boyfriend was taking his side chic to the shopping outlet.

The confrontation escalated into a brawl and the main chick as seen in the video, removes the side chic’s wig and used it to assault her. 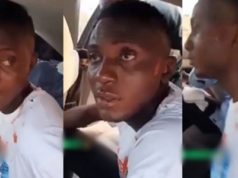 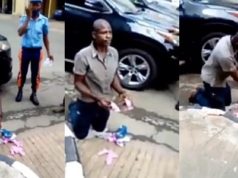 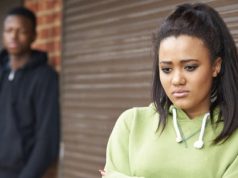