Home Entertainment News “I do not make noise like Obi cubana and Jim Iyke, I... 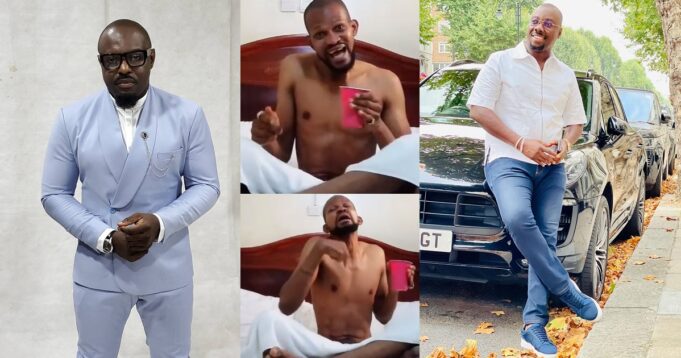 Uche Maduagwu who is infamous for his social media posts criticizing the lifestyle of his colleagues and other notable individuals, in a recent video slammed the three men; Obi Cubana, Zubby Michael, and Jim Iyke describing them as noise makers.

He made reference to the time Jim Iyke stormed his office to confront him after he questioned the source of his wealth.

Recall that Jim Iyke recently tracked down and physically attacked Uche Maduagwu for his vile comments about him. A video of the attack went viral on social media and Jim could be seen throwing punches at Uche, before he was restrained by some of the people in the building.

When one would have thought Uche Maduagwu would refrain from ‘attacking’ other people he shared a new video slamming the three men.

According to him, Zubby Michael, Jim Iyke and Obi Cubana are noisemakers while he is the one who makes “real money”.

In his words, “I do not make noise like Zubby or Obi cubana and Jim Iyke, noise makers association of naija, I make money, real money”.