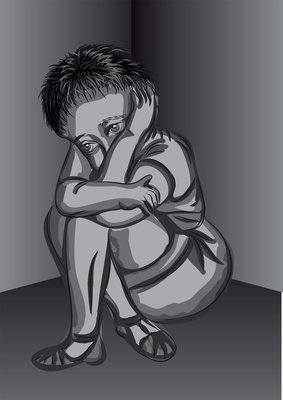 An unemployed 30 year old, identified as Emeji Christopher, was on Wednesday, 12th of August, 2015, charged before a Yaba Chief Magistrates’ Court in Lagos State after he allegedly sucked the genitals of a nine year old child.

The prosecutor, Inspector Rita Momoh, stated that the accused committed the offence at Jaja Hall toilet of the University of Lagos, Akoka.

It was gathered by Nigerian Tribune that the prosecutor said the accused allegedly tricked the nine year old into one of the toilets in the hall where he sucked his genitals.

READ ALSO: 13 Year Old Girl Brutally Tortured For Revealing Her Aunt’s Husband Has Been Defiling Her For Years (Photos)

“The police have been on the lookout for the accused following a report by his parents. The accused was only apprehended recently after he was seen roaming the university aimlessly,”

The Chief Magistrate, Mr P. A. Adeeyo, granted the accused bail in the sum of N200,000 with two sureties in like sum and adjourned the case to October 12 for substantive trial.