Home Viral Man who was celibate for 3 years while dating, discovers his wife... 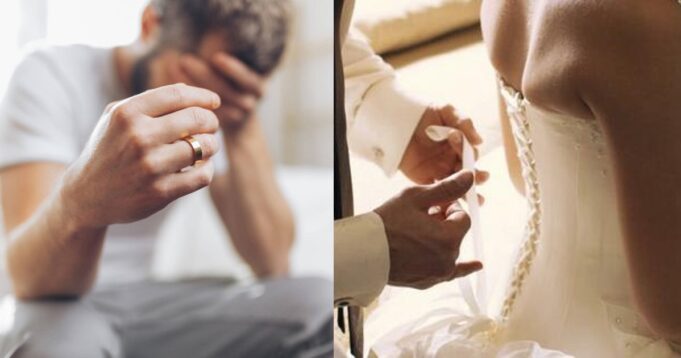 A heartbroken man has narrated how he discovered his wife has a male private part on their wedding night.

According to the Ghanaian man, he and his wife dated for three years before they walked down the aisle, but he had no idea she’s an hermaphrodite because they never got intimate.

He remarked that their resolution to maintain their virginity until their wedding night and refrain from any type of sexual tension between them had been made from the beginning of their relationship.

He noted that their spiritual life also helped them to keep their chastity up to the night of their wedding.

However, on the night of their wedding, he claims he felt something strange and, to his amazement, saw both male and female organs, which she never once mentioned.

“Yesterday was my honeymoon…I dated this lovely girl for three years before we got married, for us we believe in chastity so we decided to have no intimacy whatsoever. When we met into the room on the wedding night, then she started giving excuses…My wife has a penis, she has both, she’s an hermaphrodite, now I’m confused I don’t know what to do”. He said in part.