Home Entertainment News Man exposes the condition of PSquare’s family house in the village and... 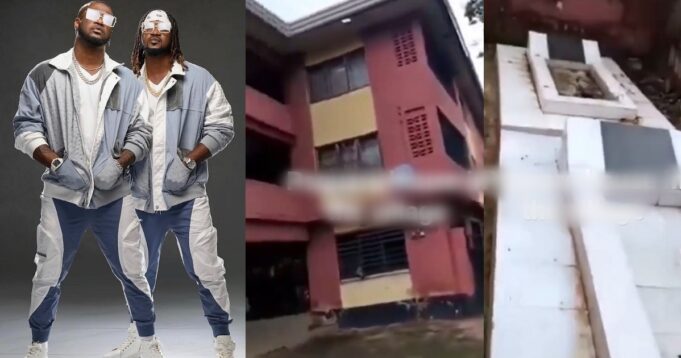 A yet-to-be identified man has released a video showing the condition of the alleged family house of Nigerian music duo, Peter and Paul Okoye jointly known as PSquare.

In the video making rounds online, the man showed off the exterior of the house which is reportedly situated in the singers’ village in Anambra state.

He also put on display the graves of the singer’s late parents and the uncompleted building belonging to their uncle on the same piece of land.

The property evidently looked deserted and no one was living there to maintain and clean up the environment regularly.

The video has stirred mixed reactions from social media users as some lambasted the man for not minding his business.

@adaa_ugo wrote, “What’s your business??????? Ahn ahn! Some people don’t fancy village as much as you do and that is okay.
See psquare house🤦‍♀️🤦‍♀️ I don’t blame you.”

@chi_4_real wrote, “Person wey n mama and papa don die, wetin u want am to build for village,who go live dere,guy abeg go rest 😂is d do me do me for me 😂😂”

@doctor_bright wrote, “What was his aim of the recording tho? That their house has been left unattended ? Yes it has and?