Nyasa Big Bullets’ striker, Hassan Kajoke, receives a live chicken from a fan after scoring a brace against Karonga United, on Sunday, in Malawi. 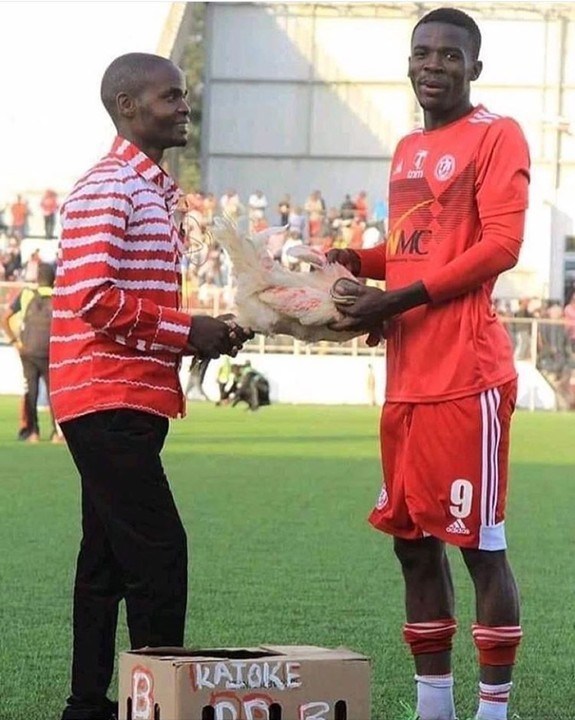 Kajoke scored a brace and as he helped his side run over Karonge United in the Malawian league clash.

The league management had earlier said that the award was given by a sponsor. However, because the photo attracted a lot of comments on social media, the Malawian league website came out to say that the chicken was given to Kajoke by a fan who was impressed by his performance in the match.

The club, however, did not have anything to hide as they posted the photo of Kajoke receiving the chicken on their Facebook page. It is this post that attracted social media comments. 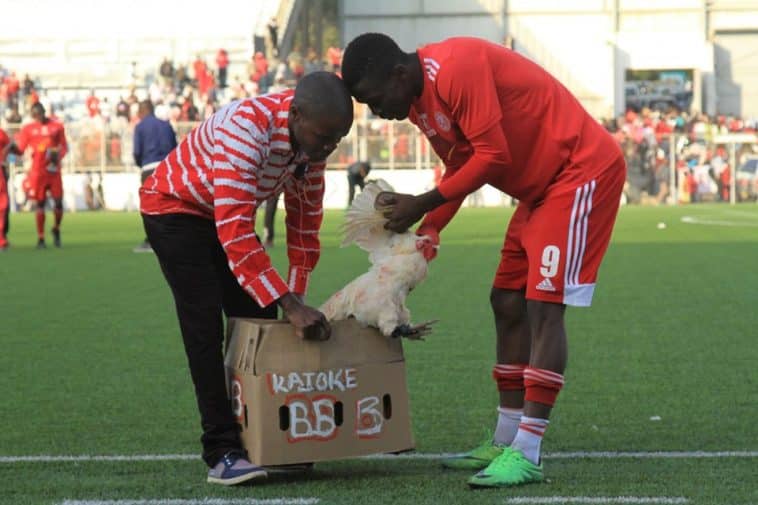 The unidentified fan asked for permission to be allowed to present his gift, covered in a holed carton and inscribed ‘Kajoke BB’.

The seemingly avid supporter had the chicken spread with red colors, apparently signifying the tradition red and white colors for the Super League heavyweights.

Although the photo of the presentation has landed into a social media troll, others still argue there is just nothing to belittle in a gift. 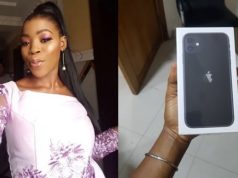 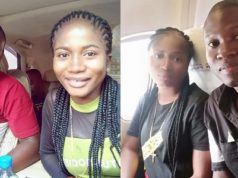 “I am ready to breastfeed you till the world ends, My p***y general manager” – Imo State Lady celebrates her boyfriend. 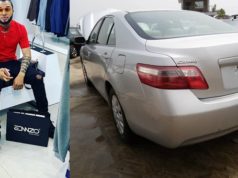 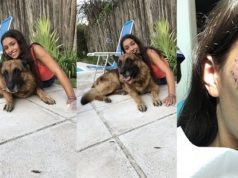 Model left with deep wounds after her dog snapped during a photo-shoot. 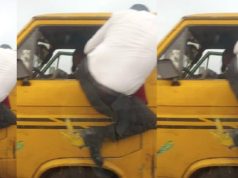 ‘Only In Lagos : Aggrieved man channels his inner ‘Bruce Lee’ in a bid to confront another driver who bashed his car 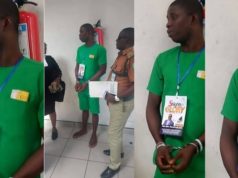