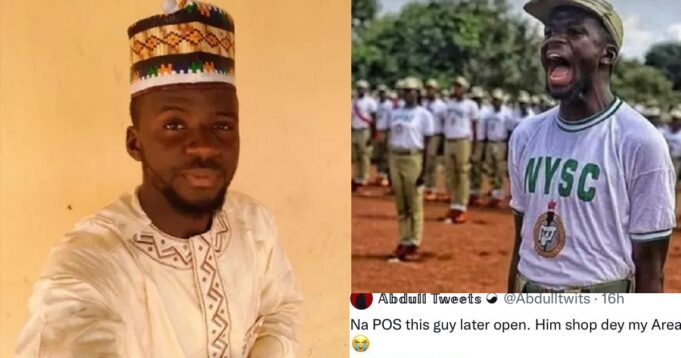 Umar Ibrahim, the Nigerian man who became a viral sensation during his National Youth Service in 2018, has debunked claims that he’s now a POS operator.

Ibrahim became a viral NYSC meme after a photo of him shouting passionately during a parade at the NYSC orientation camp surfaced online.

Ibrahim recently revealed that he’s currently unemployed after tweeps asked for his whereabouts.

A Twitter user, however, alleged that Ibrahim now runs a point-of-sale service in his area.

Taking to his Twitter handle to dispel claims he’s a POS operator, Ibrahim wrote, “I am not in POS business. Happy, thankful, and hopeful with 9ja in my heart.”

“Ridiculed or admonished, rewarded or neglected, we stand for what’s right. The zeal in us of making a difference and believe in our dear country can never be killed!” He added.

The anti-graft agency recently warned that landlords who rent their houses to yahoo boys risk 15 years of imprisonment.

Reacting, Erigga then asked what the punishment for corrupt rulers of the country would be.

“Dem say 15 years imprisonment for landlord when rent house to yahoo boy but what about country when yahoo men dey rule?” Erigga asked on Twitter.”