Home Entertainment News “Marry someone that likes you” – Rapper Ycee advises as he slams... 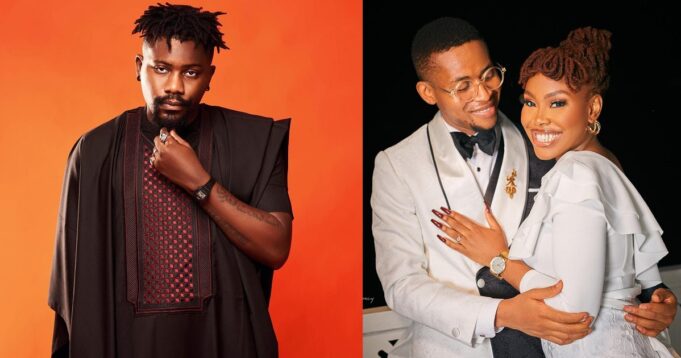 Popular Nigerian rapper, Oludemilade Martin Alejo better known as Ycee, has slammed Solomon Buchi for saying his fiancée, Arike, is not the most beautiful or intelligent woman he knows.

On Monday, July 25, Solomon Buchi became the trending conversation on social media after he penned a rather controversial post about his woman.

He said his fiancée is not the most beautiful or intelligent woman yet he choose to be with her because he’s not looking for perfection.

The post has since sparked a debate on the cyberspace, including international waters, as netizens criticized him for not speaking highly of his woman even if she’s truly ‘average’.

Some accused him of being a narcissist who feels the need to talk down on his woman in public to feel good about himself, while some others argued that there was nothing wrong with his post but he shouldn’t have posted it online..

Rapper, Ycee has also weighed into the controversial topic in a post shared on Snapchat. He shared a screenshot of Solomon’s post and advised people to get married to people who actually like them, and not those who think they are settling for them.

He wrote, “You people should marry someone that likes you and sees you as the number one person in the world because what even in the fuck is this message?” accompanied with multiple puking emoji.

He also shared a post Solomon tweeted in 2020 which counters his recent post and called him a ‘clown’.