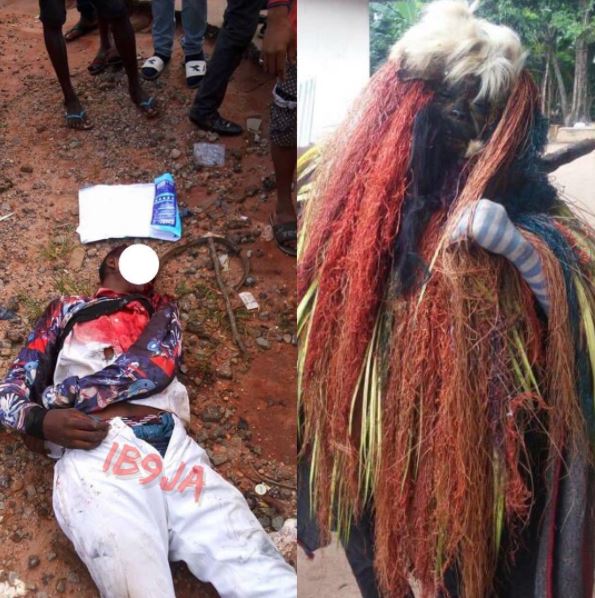 A 14-year-old pupil was crushed to death on Monday by a fast-moving vehicle while being pursued by a masquerader, aka okorosha, at Ogbaku, in the Owerri West Local Government Area of Imo State.

A witness said that the boy, who was on his way to school at about 9am, took to his heels on sighting the masquerader, while the masquerader took advantage of his fright to chase him till he ran into the path of the vehicle on the Onitsha-Owerri Road, a few metres from a police division in the area.

After the incident, the masquerader was said to have mixed with other masqueraders, leaving the boy in a pool of blood.

Another witness, Mr. Linus Iwuji, blamed the community leaders for allowing the masqueraders to roam freely on busy roads rather than restricting them to the village square.

“I blame the community leaders for allowing the masqueraders to walk about chasing people. They and their guides even rob and rape women at late hours,” Iwuji said.

He added that the police were investigating the incident.