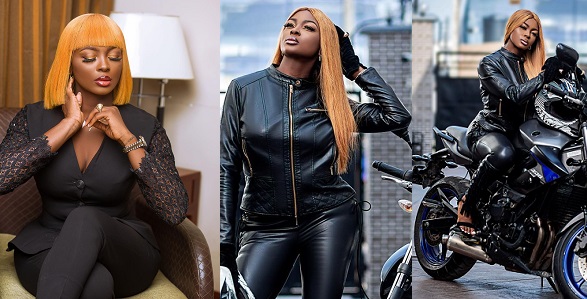 Big Brother Naija star and mother of one, Ka3na has taken to social media to correct the misconception that people have about her and her lifestyle.

According to her, contrary to the believe of many, she’s not mean but only means business.

Sharing photos of herself on a power bike, the entrepreneur wrote, “I’m Not Mean, I Just Mean Business 💣.”

In other news, the former BBNaija lockdown housemate, Ka3na Jones, has thrown a subtle shade shortly after her fellow ex-housemate, Nengi was given an appointment by Governor Douye Diri of Bayelsa State.

Reacting to the news, Ka3na took to Twitter to tell everyone to note that she has not received any gift, monetary or otherwise, from any governor or persons, since she left the reality show.

The self acclaimed “Boss Lady”, who was the first to be evicted from the Lockdown house also gave a reminder that unlike some of the other housemates, she did not receive any cash compensation from winning tasks on the show.

She further stated that when people see her win, they should know it is a story of “God made”.

Y’all take note!
I’ve not receive any gift in cash or kind from any governor or persons!
I didn’t win any cash compensation from the show! So when you see me Win know it’s a story of GOD MADE PERIODTT
#BossNation #Ka3naTheBossLady.