Recall in May 2015 it was reported Davido welcomed a Baby Girl with his baby mama Sophie Momodu, but the singer blatantly debunked the reports. Then he later admitted to having a child.

Beautiful Imade who is three months old looks totally cute and all adorable as It’s clear to see Davido has a beautiful toddler on his hands. 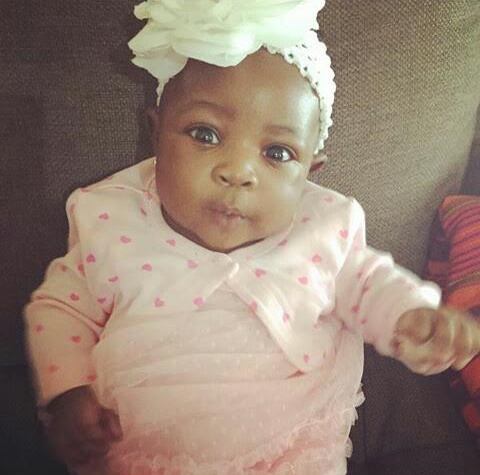 “GETTIN TOO BIG” wrote Davido in the caption of the picture. The HKN act is back to taking care of his daughter after coming back from his African shows.

On August 14, Davido was in Mali for a show but his thoughts were with his baby. The 22-year-old hit singer has confessed that he is missing his three month old daughter, Imade Adeleke. Davido tweeted missing his baby girl.