Delectable Nollywood Actress, Mercy Aigbe-Gentry says she’s not a fan of having tattoos on ones body.

Speaking in a recent interview, she reveals the reason she hates tattoos.

“Maybe it’s because I dread pain. But seriously, I don’t like it on me, because I’m like an insatiable person when it comes to having things like that on my body” she said.

“Today I may like a bird, and the following day I’ll get tired of that and want to change it. And asides that, in my job, you’ll have to play different roles; so it automatically restricts the number of roles you can play in a movie, so I feel as a professional actress, you shouldn’t, maybe to an extent, have a permanent thing on your body” Mercy Aigbe-Gentry further said.

Speaking of things she wouldn’t do, the Yoruba movie actress said she couldn’t go braless in public last month.

“No, I can’t go out braless; I’m a mother, so I will not do that. But some ladies do that and for me, if they look good in it fine, why not” said the actress. 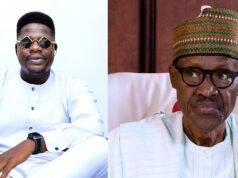 ”If President Buhari cannot guarantee the safety of citizens, he should resign” – Mr. Macaroni 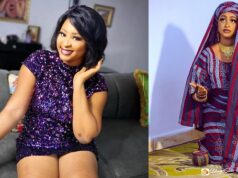 ”Prayerful and super religious Nigerians who fear ‘juju’ so much are making a mockery of God” – Actress, Etinosa