Super Eagles captain, John Mikel Obi, 31, has signed for Championship club Middlesbrough on a short term deal until the end of the season. 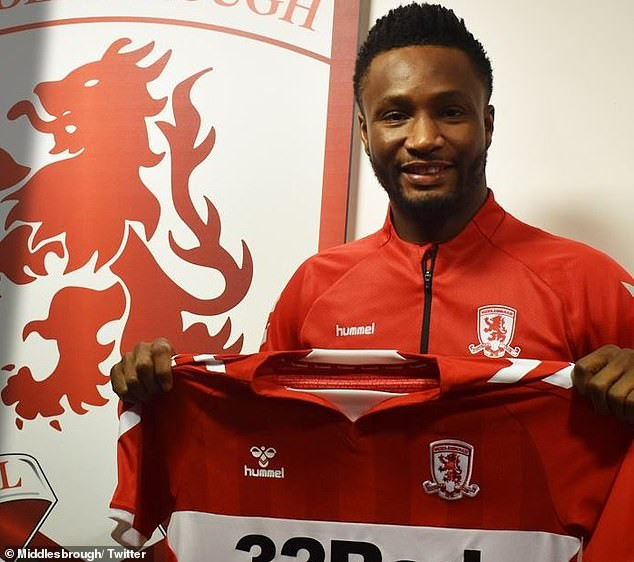 The former Chelsea midfielder who became a free agent in November after a two-year spell with Tianjin Teda in China passed his medical with Tony Pulis’ side without a hitch after agreeing on personal terms.

Mikel who won both the Champions League and Europa League with Chelsea told the club’s website: ‘For me, it’s looking at the project. 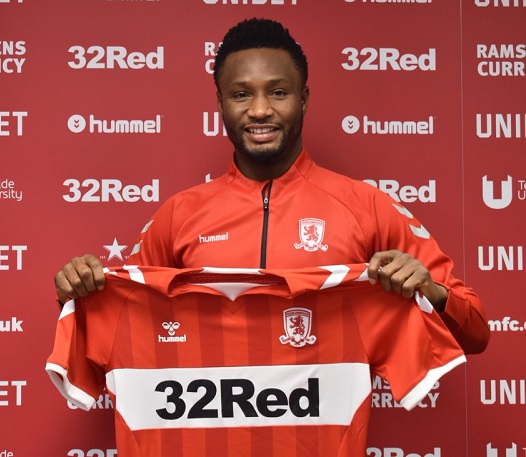 ‘I spoke to a few clubs and I also spoke to Tony [Pulis], had a good chat with him. ‘He’s told me where he wants to go with it and it definitely fits with what I want to do.

‘The club wants to get promoted so hopefully, I’m here to help in any way I can. ‘It’s a family club and this is what I want. I like stability and this is why I was at Chelsea for a very long time.’

Pulis added: ‘I’m pleased to get him in. He is a man with a lot of experience and quality.

‘He has a winning mentality and he wants to be here be a part of what we are looking to achieve.’