A trending video on social media has captured the moment BBNaija season 5 winner and man of the people, Laycon was welcomed by a massive crowd, music and drums in Lagos. 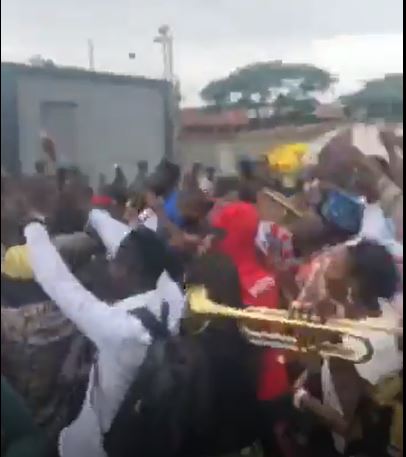 In the video the large crowd is seen hailing their favourite as they shouted “of lay lay” in unison. 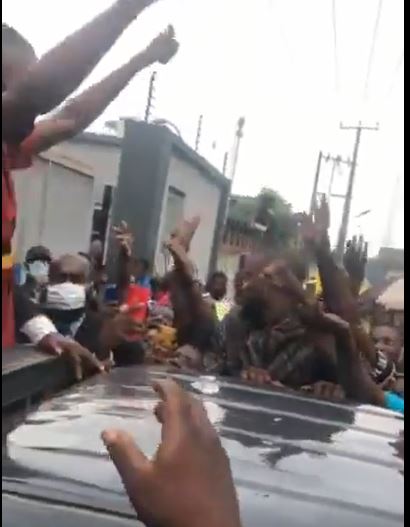 Fan’s of the rapper undoubtedly came out in their numbers to catch a glimpse of their president.

In other news, Laycon was awarded a cheque of 30 million naira, two-bedroom apartment courtesy Revolution plus, Brand new SUV from Innoson Motors, among others.

The winner of the ‘lockdown’ edition officially received his gifts today at the media briefing and presentation of prizes.

Responding to a question on what he would to do to promote Africa with his fame, Laycon stated that he went into the show to promote his song and he will use his music as a tool to unite and uplift Africa.