Home Entertainment News Most Africans would have called Meghan a witch if Harry were their... 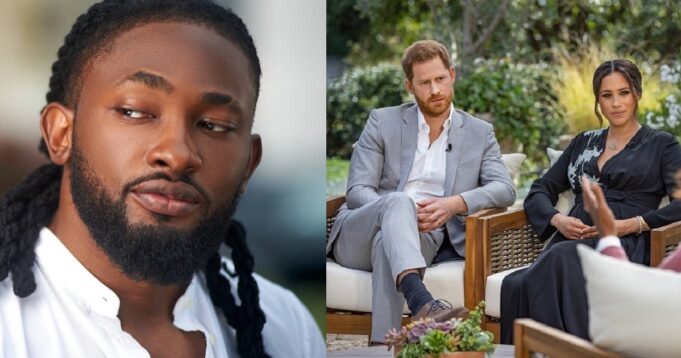 Uti Nwachukwu has yet again given his take on the ongoing crisis between Meghan Markle, Prince Harry and the British royal family.

The Big Brother Africa winner opined that most African families would have called Meghan a witch or homewrecker if their son or brother turned their back on their family and went public about it like Harry has done in his interview with Oprah Winfrey.

”Lol the funny thing about most of these Africans applauding Megan & Harry is that if it happened to them and their son or brother left with his wife AND turned his back on and publicly exposed/shamed their family, THEY WOULD BE QUICK TO CALL THE WIFE A WITCH!/HOME WRECKER!..SMH”