Home People “Nigeria has never suffered evil like this in our history” – Bishop... 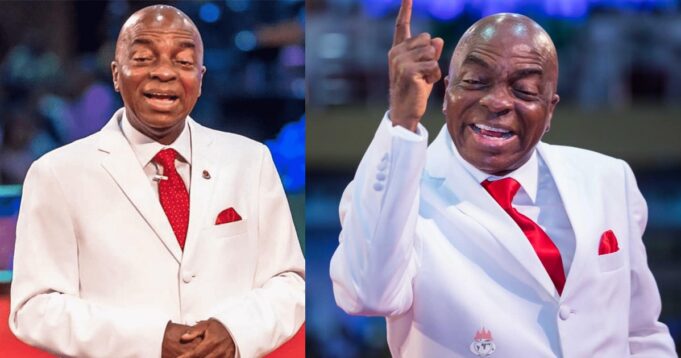 Popular Nigerian clergyman and founder of Living Faith Church, Bishop David Oyedepo, has once again spoken against the Buhari-led administration.

He attacked the government during a service in his church recently while reacting to the incessant killings in different states in the country, specifically the terrorist attack on a Catholic Church in Owo, Ondo state.

According to the clergymen, Nigerians have never suffered like this in our history and this current administration is proof that when the ‘wicked’ rule, the people will mourn.

He said in part,

You blindly brought in this wicked government. Nigerians has never suffered evil like this in our history and they still want to rule? Never!

After over 50 people were slaughtered, there has been no response till now. They are evil from head to toe”

In other news, Oyedepo recently boasted that there hasn’t been a blackout at his church headquarters in Ota, Ogun State, popularly known as Canaanland, in 23 years.

The clergyman said that the church achieved this without the input of the federal, state, or local government.

“Light has never gone off in Canaanland since 1999. We have zero input from any government in Nigeria whether local, state or federal. Not that we collect offering every Sunday to achieve this. We invested resources and have good and very committed people that manage it. We teach the world that you can make your marks by depending on God.

“They don’t use mouth to get power. You invest resources to sustain power. Have we ever raised an offering for power here? Never!” He said.