A lady, Ruth Inomina is making Nigeria proud internationally as she was recently commissioned as a second lieutenant in the United States Marine Corps (USMC). 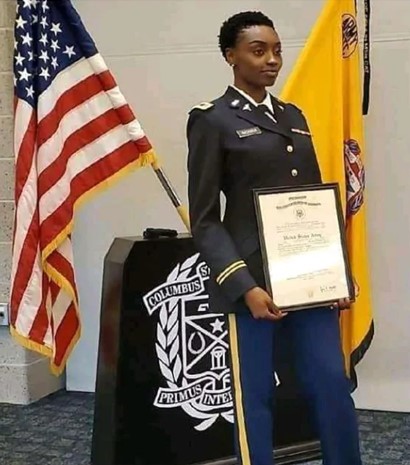 Justice O. Derefaka shared the story on LinkedIn calling on well-meaning Nigerians to join hands in congratulating the young lady from Niger-Delta.

In his LinkedIn post, Derefaka explained that the US Marine Corps is a branch of the United States Armed Forces responsible for conducting expeditionary and amphibious operations with the United States Navy as well as the Army and Air Force.

He said; “The U.S. Marine Corps is one of the eight uniformed services of the United States.”