A Nigerian Man on Facebook identified as Seun Taddy Duro-Fadipe, while taking to the platform, wrote that there was no way the Mexican boxer could have defeated Anthony Joshua and the bout was fixed. 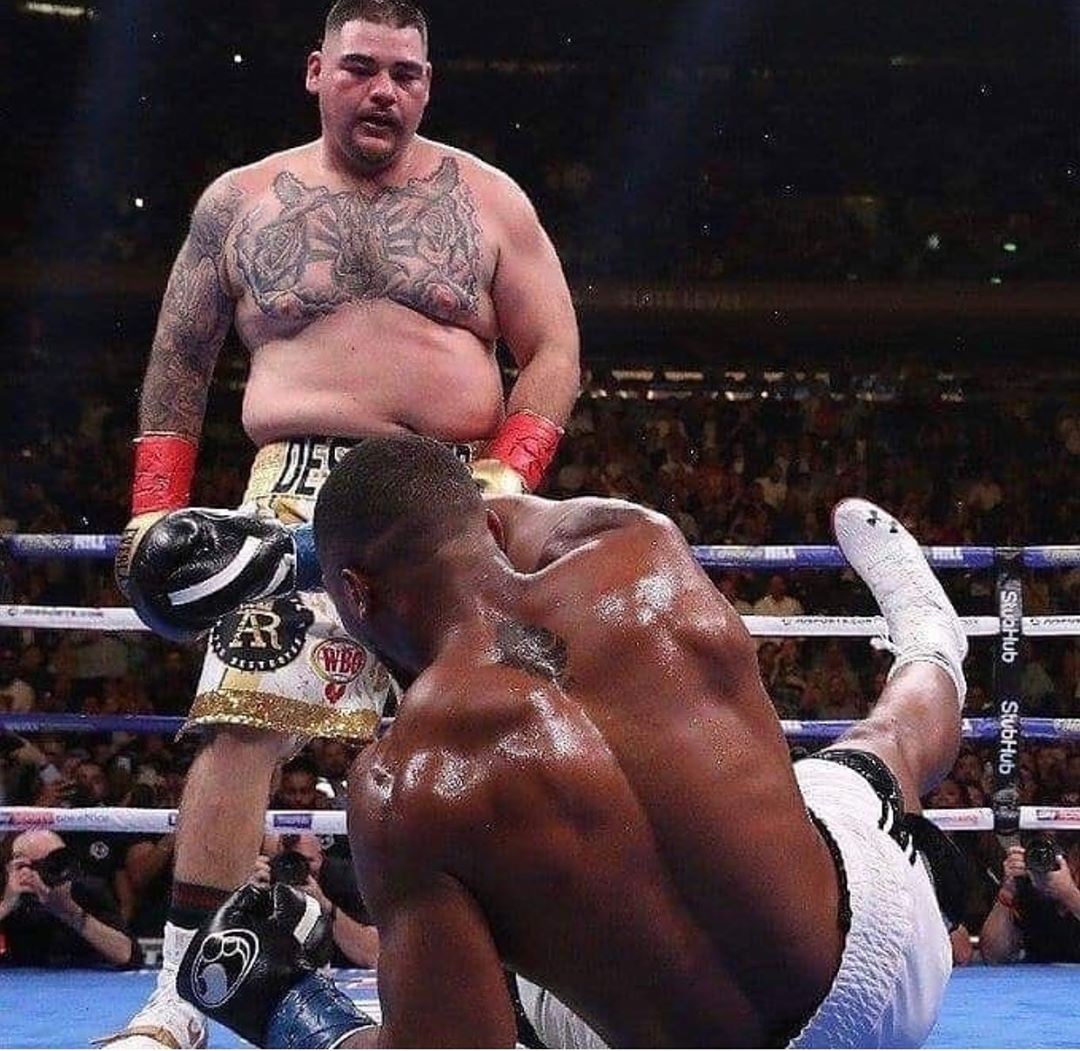 Well played AJ… Here is exactly why I think this match was fixed.

No one wanted to fight Joshua. Ruiz picked up this fight just 6 weeks ago. Properly scripted.

1. Pot for the rematch will be X10 what was generated today becos of hype

So, Was Anthony Joshua loss fixed?

3. Wilder and Fury will be scrambling for who should go at AJ first. Same people that were demanding a planet as a ruse not to fight Joshua.

Flooring Anthony Joshua is the classic boxing movie script. Tyson 90′, Lennox Lewis 2001, beat the undefeated champion, get him more contenders who’d take a shot at his title therefore generating buzz and more pay for him.

Conspiracy of the smart!! 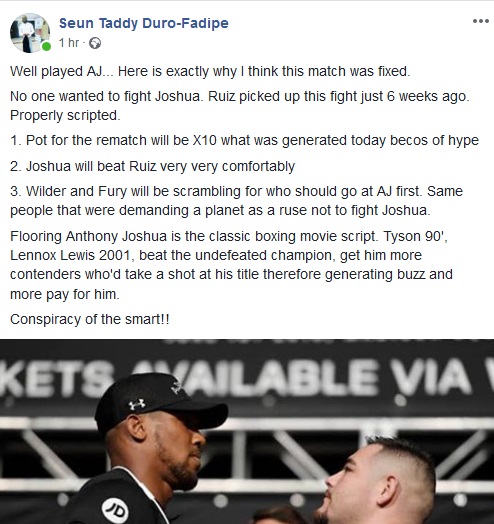