Nollywood actress, Nkechi Blessing has shared the heartwarming note she received from her politician boyfriend, Opeyemi Falegan, after she was suspended from Nollywood.

It can be recalled that Nkechi Blessing and her colleague, Kehinde Adams better know as Lege Miami, were suspended by The Theatre Arts and Motion Pictures Practitioners Association of Nigeria on Sunday, May 23rd.

The actors were suspended because of their “unruly conduct” on social media over Baba Ijesha’s alleged child molestation saga. ICYMI

Reacting to the suspension news, Hon. Opeyemi, in an open letter he shared on Whatsapp, advised his lover to always believe in herself, speak up and never allow anyone to silence her opinion on any issue.

“Letter to my wife NBS
Speak up. believe in yourself, take risk.
your voice matters, don’t let’s anyone silence you not even me.
It only takes one voice at the right pitch to start an avalanche.
Fall seven times, stand up at eight.
From yours truly ODF”

Moved by the gesture, Nkechi Blessing reposted the letter on her Instagram story and acknowledged her man’s support.

“Boxers isn’t a part of your body, wear it once and wash it” – BBNaija star, Alex advises men

Actress, Bimbo Ademoye in shock as her dad shares his favorite moment with her (video) 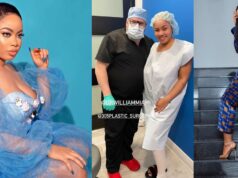 “This my new body is killing, I did it for me not for any of you” – Nina tells her critics 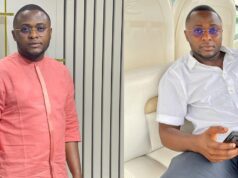 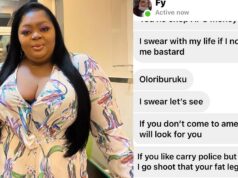 Actress, Bimbo Ademoye in shock as her dad shares his favorite moment with her...

“Father’s day is not for women to be abusing their ex-husbands...