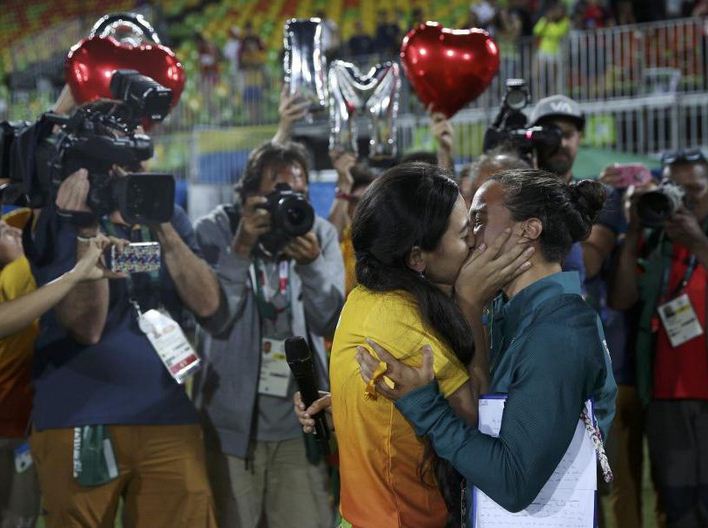 Marjorie Enya, a 28-year-old lesbian volunteer manager at the stadium, proposed to her girlfriend, rugby player Isadora Cerullo, in a rousing speech on the pitch met with a round of applause, following the medal ceremony of the inaugural rugby competition.

Dressed in her Olympic volunteer uniform, Ms Enya asked her girlfriend Isadora Cerullo, 25, to marry her. After Isadora accepted, Enya’s fellow local volunteers clapped, cheered and waved love heart balloons. And the pair shared a deep kiss that was broadcast around the world and ‘celebrated’ on social media.

‘She is the love of my life,’ she said of her partner. ‘I wanted to show people that love wins’.

Same sex marriage has been legal in Brazil since 2003. 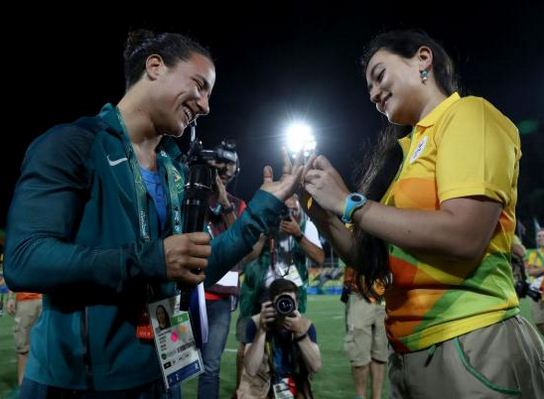 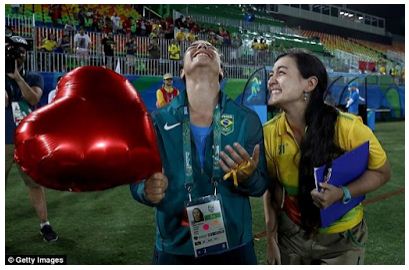 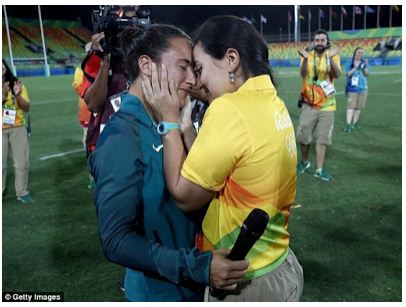 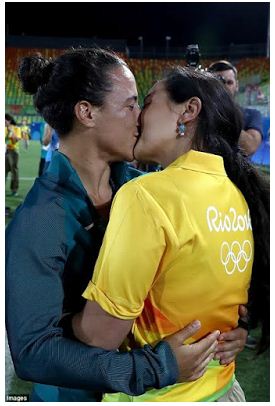 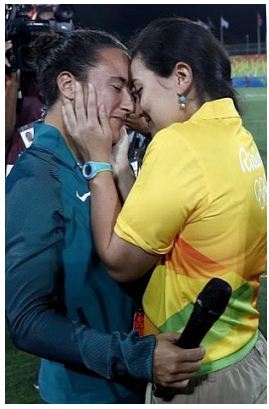