Home Foreign OMG! Kenyan Maid Uses Urine To Cook for Her Boss and Their... 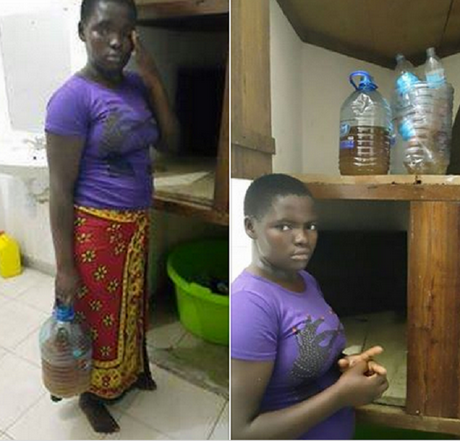 A Kenyan Maid, 19 was arrested earlier this month for allegedly using her Urine to cook for her employers and the whole family.

She was reportedly caught in the act when her bosses installed a CCTV in the house, following suspicions that she was maltreating their kids.

Upon reviewing the CCTV footage, they saw her urinating in a pot of soup she was preparing for the family.

Modern Kenya Corps reports that the family who is based in Mombasa, immediately reported the incident to the police, and she was arrested.

When asked why she committed the terrible act, she said she wanted revenge, as her bosses constantly maltreated her.