Home Entertainment News #OsunDecides: Davido and uncle, Ademola Adeleke get emotional after their victory at... 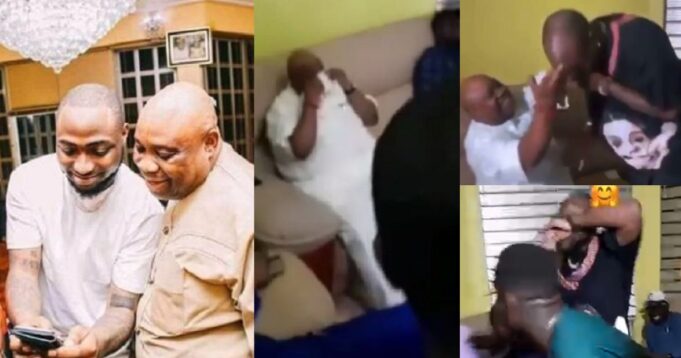 A video making the rounds online captured the emotional moment singer Davido and his uncle broke down in tears celebrating their early victory.

“We did it this time,” an excited Adeleke said, to which Davido responded “yes.”

In other news, singer, Portable, has reacted after his colleague, Davido, reportedly unfollowed him on Instagram after he declared his support for the presidential candidate of the All Progressives Congress (APC), Bola Tinubu, and Governor Gboyega Oyetola, who is seeking re-election in Saturday’s gubernatorial election in Osun state.

Well, Portable has now revealed that OBO unfollowed him on Instagram, presumably due to their clash of interests.