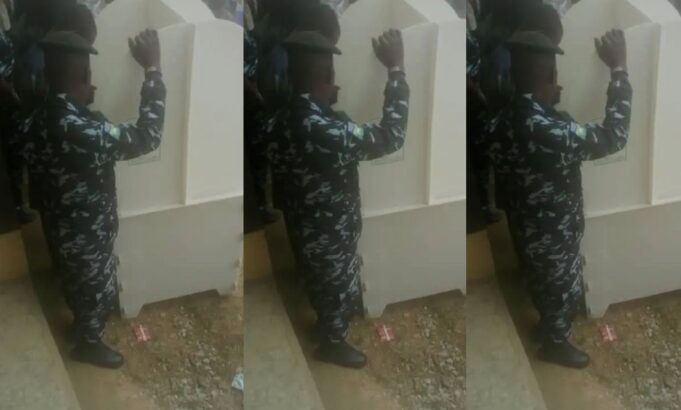 A police officer was caught on camera instructing voters on whom to cast their ballots for during the gubernatorial election in Osun state on Saturday, July 16.

Although it’s unclear who the police officer was canvassing for, it appears that he was telling the voters who they should vote for when the event was captured on tape by keen observers.

Meanwhile, Oba Abdulrosheed Akanbi, the Oluwo of Iwoland, has stated that vote buying cannot be stopped in Nigerian democracy because of the way politicians run the system.

The monarch stated this on Saturday, July 16, shortly after casting his vote at Unit 1 Ward 2, in Iwo town Iwo Local Government.

According to him, vote buying will only stop when government start doing what is right, and allow citizens to enjoy the dividends of democracy.

“vote buying is a challenge to democracy. The populace does not have hope. They are getting what they can get. It is a bad situation. We do not know when to get out of it. The new breeds of politicians will help us to get out of it but people are hungry. They need food. Vote buying cannot stop now until we see real.