Home Entertainment News Paternity dispute: “King Sunny Ade is my biological father, but I have... 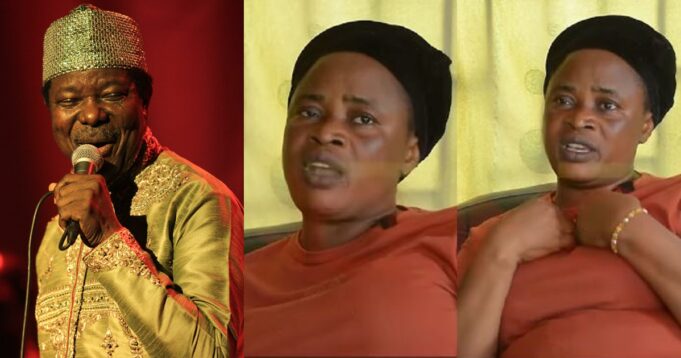 Temitope, who made this revelation in a chat with Punch, claimed that her mother told her the truth about her paternity after a prophet told her that there was a secret her mother had kept hidden for many years.

Temitope claims that after the prophet gave the revelation, she got her mother to admit—much to her shock—that King Sunny Ade was actually her biological father rather than the man she had always known as her father.

Temitope said all efforts to reach the legendary singer ever since had proved abortive. She added that she had approached the Human Rights Commission and wrote to Sunny Ade twice, but there had been no response from him.

She said that she wasn’t trying to get in touch with Sunny Ade for his notoriety or wealth, but to clear up any confusion about who her biological father is.

“In 2019, a prophet called me and asked about my mother, he said I should persuade her to reveal a secret to me. I initially didn’t consider the message as important but I informed my husband but he told me not to disregard the message.

“He implored me to do as the prophet had said. My mother was staying with one of my sisters in Ifo. I called her, she came around and I told her what the prophet told me. She confessed and said the man I had always known as ‘Father’ was not my biological father. I was confused so I asked who my father is. She said Niyi, I made further inquiries to know his hometown.

“She said King Sunny Ade, the famous musician from Ondo State. I couldn’t believe I was just learning about it for the first time in so many years. My husband asked me to calm down because I was already tense. She told me when she was a young lady, her father wanted to give her hand in marriage to an old man. She initially declined but was persuaded to accept the man.

“Meanwhile, she had met Niyi before then and was already two months pregnant for him. She said she told her mother she was already pregnant but could not tell Niyi about it. She eventually married the old man but because she didn’t love him, she went to Ondo State to look for Niyi but couldn’t find him. According to what she told me, she was always quarrelling with the man and didn’t allow him to copulate with her and after several months, he sent her packing and she returned to her parents. It was there she gave birth to me and after a year, got married to another man.

“When I clocked two, the aged man who my mother was married to, came to pick me up, refused to send me to school. I was there for a while before I met my husband. After my wedding, we relocated to the north, I spent 10 years there and had all my children. My mother was not in the picture all this while, I didn’t even know her. But when I returned to Lagos, we reconnected.

“So, when the prophet delivered that message, I challenged my mother and she told the truth. My husband said she should take us to my biological father’s house, we went there but we couldn’t meet him. We went another day, but we couldn’t meet him. We were informed that there is a festival in Ondo that he doesn’t miss. We went there and saw him performing on stage, we waited but at the end of the day, the efforts were futile. Since then, I have been trying to meet him but it’s still the same.

“I approached the National Human Rights Commission, they wrote him twice, nothing. I’m not making efforts to meet him because of money or fame but because I want to know my origin.”