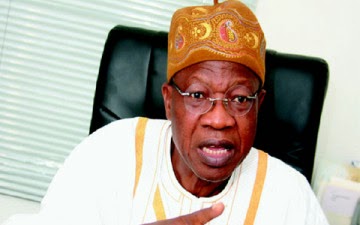 All Progressives Congress (APC) has blasted the allegations by the PDP stating that the Director-General of the Department of State Services, DSS, Mr. Lawal Daura, is a card-carrying member of the party (APC).

They reacted to the effect in a statement issued in Lagos on Thursday, the 30th of July, 2015, the party’s National Publicity Secretary, Alhaji Lai Mohammed, challenged the PDP to publish any evidence it may have to confirm their allegations.

”In the absence of that, the PDP must call another press conference to publicly apologize to all Nigerians for engaging in barefaced lies,
”We know that the psyche of the PDP has been badly affected by its loss of power at the centre. Even the party itself has admitted that much. That situation has now been compounded by the fact that the party is broke. It is therefore not a surprise that it is no longer able to think straight. The reality of its new situation is just beginning to dawn on it.

”But we warned the PDP early on that being in opposition is not a walk in the park. We warned that while the party was used to eating its bread with butter on both sides, it will now be lucky to even have bread to eat,”

It also warned the PDP to spend more time in patching its tattered and battered umbrella than acting as a cog in the wheel of progress of the new Administration.