Home Entertainment News Peruzzi gives candid advise to Davido’s haters ahead of his return to...

After over three months of staying away from social media, Davido has announced he’s returning with a hit song.

Peruzzi took to Twitter yesterday, to advise Davido’s hater on what to do , before the singer takes over social media as he has promised.

According to the majesty crooner, people who do not like Davido, should do themselves the favour of going offline.

“If you don’t like David, go offline tomorrow. Or just go visit Goliath… or some other dead guy ?”.

Davido disclosed that he would be returning to social media today with a hit song.

He made this announcement today, September 10 via his friend, Cubana Chief Priest’s Instagram page.

Recall that on the 3rd of June this year, Davido took to Instagram to inform millions of his followers that he would be leaving social media till whenever he drops his new album, A Better Time.

In the new video shared by self styled celebrity barman, Davido announced that he will be back to social media today with a hit song titled “Femme”.

“Femme? Drops ☔️ Today @davidoofficial Is Coming Back To Social Media? Today 7PM With A Big Bang !!!! Are You Ready?? 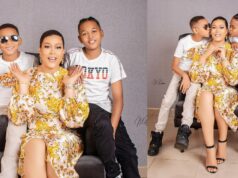 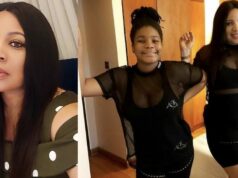