Home Entertainment News Portable apologises to Headies after he was disqualified over threat to harm... 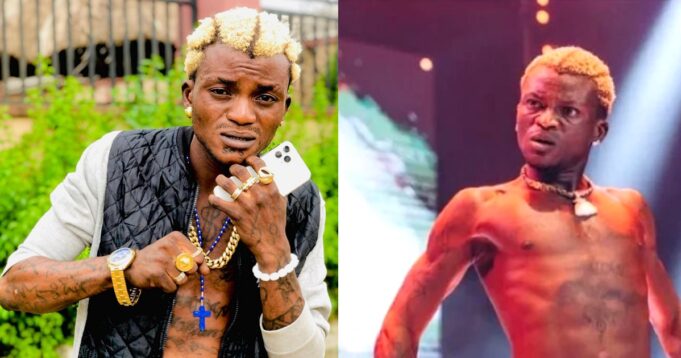 Controversial Nigerian singer, Habeeb Okikiola otherwise known Portable has apologised to the organisers of the 2022 Headies Awards after he was disqualified over threat to kill co-nominees and controversial claims he formed ‘One Million Boys’.

Portable’s nonstop controversial utterances on social media resulted in him being disqualified by organizers of the coveted Nigerian award show.

According to the award organizers,

“The music industry demands all-round excellence, and it is extremely important for young artists being potential role models to exude professional responsibility, proper decorum and have respect for others.”

In a video shared online, Portable, who was nominated for – ‘Rookie of the Year’ and ‘Best Street-Hop Artiste,’ tendered his apology to the organisers and urged his fans to keep voting.

They say make i change character, okay, my fans keep voting for me.

Keep voting Zazu fans, i got money, I know people, my people got money.