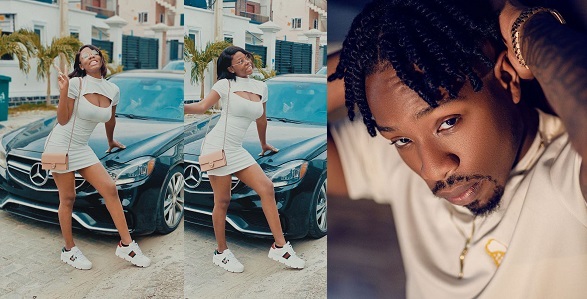 There appear to be some sort of hostility between former Big Brother Naija housemates, Diane and Ike Onyeoma as they’ve both unfollowed each other on social media platform, Instagram.

Few days after he unfollowed her on the photo sharing app, Diane reciprocated the action by also unfollowing him on the app and shortly after, took to her Twitter page to say she isn’t the kind of person who usually unfollows or blocks people, but when she does, there’s no going back.

I don’t unfollow/block easily.
If I do, there’s no undoing.

This has got fans wondering if their actions is as a result of the failed romantic affair between Ike and Mercy as it was earlier revealed that they’d broken up and Mercy is now with a different person.

But a quick check also shows that the model unfollowed most of his colleagues from the Pepper Dem show.