Home Viral “Remain in your marriage and endure to the end” — Twitter user... 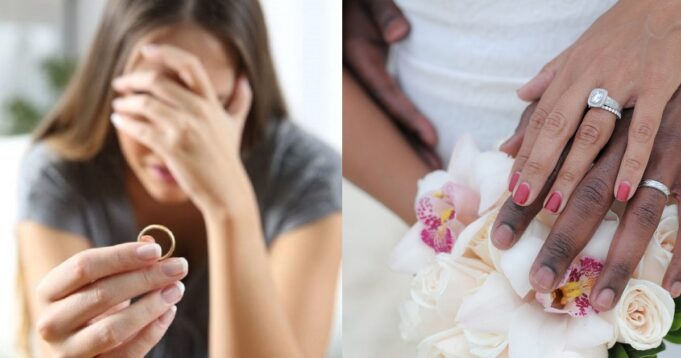 A Nigerian Twitter user has advised women against divorce and encouraged them to endure whatever they are going through in their marriages for the sake of their children.

The young man identified as Vick, who gave this advice on Twitter, says divorce should never be an option. According to him, rather than running from their fears, women should learn to confront them.

“Dear ladies, for the sake of your children. Please remain in that marriage and endure to the end. Divorce is never an option, stop running from your fears and confront it”, he wrote on Twitter.

His counsel, however, stirred reactions on the platform, with many berating him for admonishing women to stay in toxic relationships. See some comments as you scroll.

Meanwhile, Nigerian Veteran Actress, Victoria Inyama has taken to her page to speak out against abusive marriages.

According to the mother-of-three, marriage is a beautiful thing between two loving people and it should not be for a Narcissist and a Victim.

“You move totally away from Reality when you believe that there is a Legitimate reason to suffer….🚶🏾‍♀️
People Validation? Children? Wanting to belong?.. Shame..?..🤷🏾‍♀️

There’s a thin line between life/death….Sanity/Insanity…. Abusers Never Change….They Gaslighting U till U question your sanity 😂🤦🏾‍♀️
Faking it to prove a point…to who?….Me?…..lol…..Over the years I noticed the typical Nigerian woman loves trauma…Think she’s the fixer 😂….Marriage is beautiful union between 2 loving people….. Not a Narcissist and a Victim….”