Oba of Benin, Ewuare II, on Tuesday, asked the Prince of Wales, Prince Charles, to lend his voice to the call for the British empire to return all the ancient Benin artifacts that were taken by the British authorities in 1897.

Speaking at the parley the visiting British royal had with royal fathers this evening, the Benin monarch told Prince Charles that the repatriation of the artifacts would enable him establish Oba Palace Museum for the promotion of tourism in his kingdom. 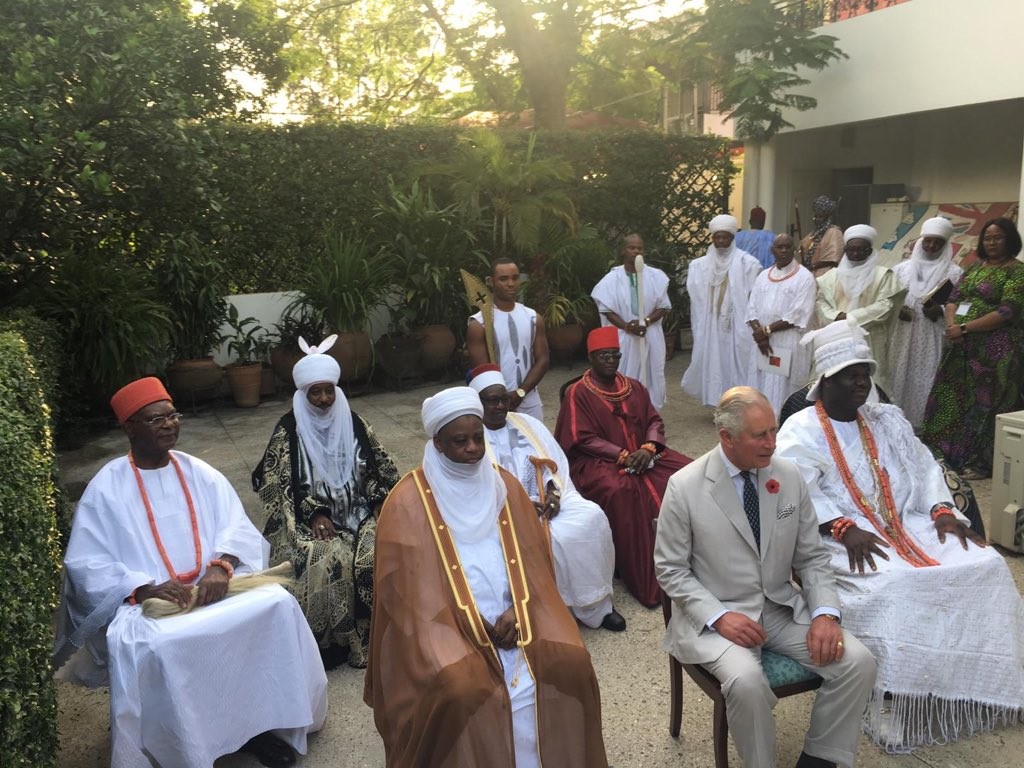 In his own words,

“Suffice to say that Nigerians in general and Benin people in particular will be most delighted to have your royal highness throw his royal weight behind our efforts to have some of our ancient artifacts that were taken in 1897 from the Royal Court of Benin returned to Benin to establish Oba Palace Museum for the promotion of tourism in Benin City, Edo State.” he said

Other traditional rulers that attended the meeting were the Ooni of Ife, Enitan Ogunwusi; Sultan of Sokoto, Sa’ad Abubakar; Obi of Onitsha, Igwe Alfred Achebe; Emir of Kano, Lamido Sanusi, and others.