A major highlight of the event was when the “Ye” crooner was gifted a land in Old GRA, Port Harcourt and also money to build by the state’s Governor, Nyesom Wike.

Governor Wike also promised to give artistes who performed at Burna’s Homecoming Concert in Rivers State N10 million each.

Wike described the Grammy award-winning Afrobeat artist as the pride of the state. Governor Wike said this when Burna Boy, his parents and management team paid him a courtesy visit at the Government House, Port Harcourt on Saturday March 27.

“There is no Rivers person that will say he or she is not happy with the kind of pride you’ve brought us. I am very happy and I can tell you, whatever you think we can do to promote you, we will continue to do it.” he said

Wike congratulated Burna Boy for the honour he did to the people of the state all over the world explaining that when news broke that Burna Boy was the winner in the Best Global Music Album category with his Twice As Tall album, the entire state was elated. 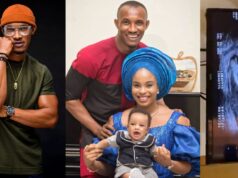 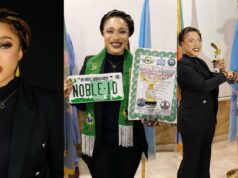 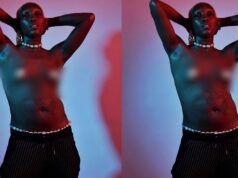 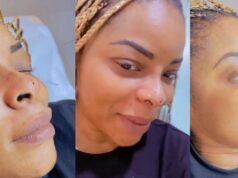 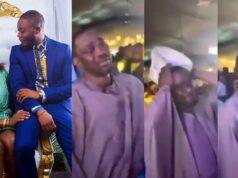 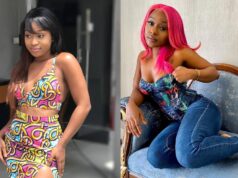 “Instead of having sexy side chicks, help your wives get sexy” – Actress, Efia Odo tells men

“Beating my daddy’s achievement on all fronts” – Actor, Gideon Okeke brags as he’s...

Man proposes to his girlfriend with 5 different diamond rings (Video)