A Police Officer identified as Inspector Michael Olubode is currently in soup as he is going through an internal disciplinary procedure after a photo of him inappropriately dressed while on duty went viral on social media. 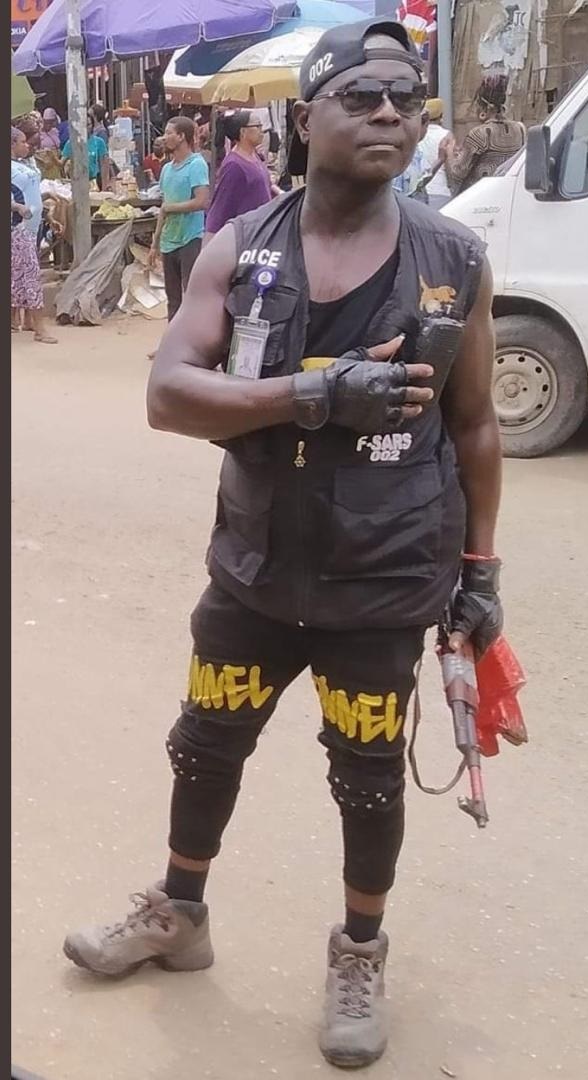 The Nigeria Police force took to its official twitter page to announce the action to Nigerians.

Someone’s father looking for who to defraud…. God bless you
@PoliceNG
For this, you’ll have to sack him to serve as lesson for others.

They post it cos they want you to see it, I doubt anything is gonna be done to that guy, don’t fall for this.

Please sir, kindly do medical evaluation for our police officers… Some of them are stressed out…