Nigerian artiste, Oladips has taken to social media to share his transformation story as he moves to his state-of-the-art property.

The singer recounted how things became very rough after he left his previous record label in 2019 with only N23,000.

According to Oladips, he was optimistic about life despite the challenges because he knew that was not his destination.

He shared a video of the small apartment he stayed in during that period and revealed that some of his hit songs were released while he was residing in that house.

The singer also shared a photo of his recording studio which is presumed to be inside his new house.

“After I Left Record Label 2019 This Was Where I Stayed For Like 6 Months In Ketu (Shout Out To Dami) With 23k In My Account! This Was Where I Was Living When I Released (Maybe, Twenty Tiri K, Ikebesupa, Half Human Half Rap, Etc) And I Didn’t Even Have A Car Of My Own, I LITERALLY LOST EVERYTHING🥺!!! I Remember I Sent This Video To @djinstinctmix One Time, Baba Wan Cry For Me! Omo, E Spoil For Me That Time Lowkey Ooo 😂😂😂🙆‍♂️… Later Got My Place In Ojota, Then I Moved! It Wasn’t The Best Place But Ha Who Am I To Complain 😂😂😂😭😭😭 Asha N Rough Eh Lor! But You See I Was Still Smiling Yea? Exactly, Because I Knew It Was Not The End! I Am More Optimistic When Things Gets Really Hard, Me I Get Coconut Head, And My Philosophy Is Simple, It’s A Phase And It’ll Pass! And It Actually Did Pass! Fast Forward To 2021! New 🏠 New 🚗 Alhamdulillah For Everything, PROUD OF YOUUUU OLADIPUPO OTOLORIN NUMBER 1 ÓRÍSHÁ 👑👑👑 !!! I Ain’t Even Started Yet🎉🎊

Happy New Month My DIPSCIPLES, Thank You For Rocking With Me Over The Years, Don’t Give Up On Me Yet… My Journey Is The Most Beautiful And Interesting One Ever, And I’m Enjoying Every Chapter, We Almost There! ❤️💪 #RoadToMainlandToIsland

And This When My Life Changes Forever… 💪🙏.”

Watch the video he shared below, 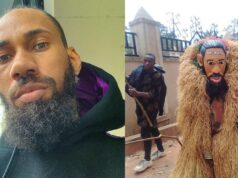 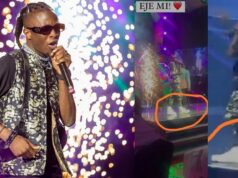 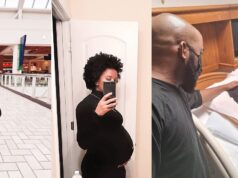 New Mother, Adesua Etomi-Wellington shares more photos she took during the course of her pregnancy. 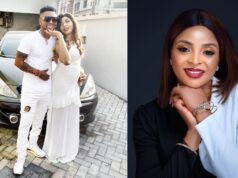 Oritsefemi and wife reconcile weeks after she publicly accused him of bringing a woman into their home. 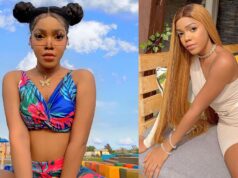 You don’t need to be too decent to keep a man, they like bad girls— Rapper Lil Frosh’s ex-girlfriend, Gift 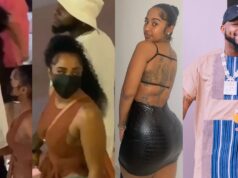 I Wore ‘Big Shoes’ To the Headies Awards so i could take giant steps...

New Mother, Adesua Etomi-Wellington shares more photos she took during the course of her...

Oritsefemi and wife reconcile weeks after she publicly accused him of bringing a woman...

You don’t need to be too decent to keep a man, they like bad...

I Wore ‘Big Shoes’ To the Headies Awards so i could...

Oritsefemi and wife reconcile weeks after she publicly accused him of...