Home Entertainment News Singer, Portable choses to be the “bigger person” as he pardons and... 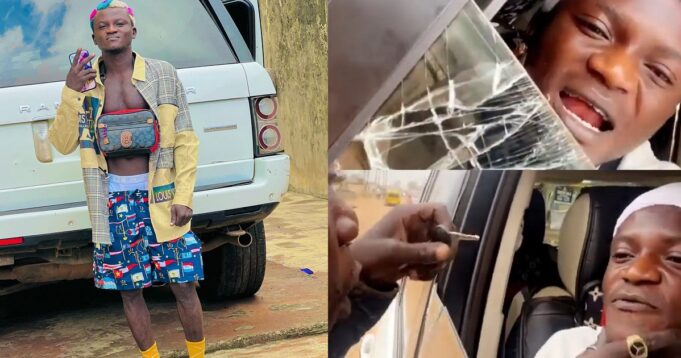 A supposed fan of controversial singer, Portable who tried to hail him down in a bid to get money from him but in the process, broke his car window was grateful that the singer chose to address the issue calmly.

Portable shared a video on his page showing the moment the said fan came begging after seeing the broken car window and explaining that it wasn’t his fault the glass got broken.

The singer then asks him whether his action was okay before asking him if he was a fan of his and when the pleading man responded that he is a fan, the singer then said it’s only because of that that he would forgive him.

He then goes on to tell him that even if he wants to get the attention of a celebrity, he doesn’t have to get violent to do so. He then tells the pleading man that though his broken glass pains him, he’ll still however give him some money.

He then hands over money to the man and asked him to quickly move away from him before he changes his mind.