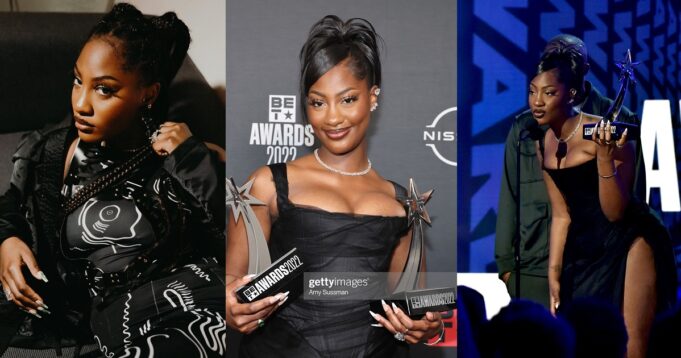 The annual award event which essentially honours people of colour, was held at the Microsoft Theater in Los Angeles to celebrate Black excellence in music, culture, and sports.

Tems was nominated for the award alongside artistes like Fireboy, Dave from the UK, Dinos from France, Fally Ipupa from Congo, Little Simz from the UK, Ludmilla from Brazil, Major League Djz from South Africa, and Tayc from France.

While receiving the award, the lovely who also bagged an award with Wizkid for their global hit track, “Essence”, gave a motivational speech to women worldwide on how they shouldn’t give up on their dreams.

Watch her receive her award as you scroll,