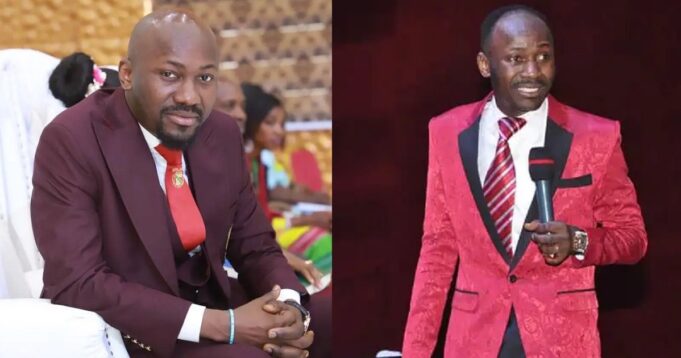 The Senior Pastor of Omega Fire Ministries, Apostle Johnson Suleman, has a strong message for couples who are quick to run to social media when their relationship or marriage goes south.

Taking to his official Twitter page on Thursday morning, June 30, the controversial clergyman told them to stop disturbing netizens with their issues and break up stories.

According to him, when their relationship/marriage was sweet and rosy, they enjoyed it in private so they should also keep their problems private.

“Stop disturbing us with break-up stories..
When they bought you shawarma, did you give us?

Have a great day!”

His tweet comes hours after Nigerian music executive, JJC Skillz, announced the end of his marriage to popular actress, Funke Akindele, which has stirred speculations that he was throwing jab at the celebrity couple.

In response to the comments, the clergyman prayed for God to heal the power couple’s home.

“Seriously this shouldn’t come from a Man of God people look up too. It’s sad for the body of christ”

“Apostle preach vawulence !
Dem no day gree marry good guy out there but won’t still allow us rest after their wedding.
Nija is already hard, don’t make it harder for us with ur marital stories.
Make dem marry their who is ready choice in peace🤣🤣”