The Super Eagles will begin training Tuesday morning at the Akwa Ibom International Stadium Uyo ahead of Saturday’s 2019 AFCON qualifiers against Libya.

Nigeria will host Libya in a matchday-3 clash in Group E on Saturday with the reverse fixture billed for the Stade Taieb Mhiri in the city of Sfax, Tunisia on Tuesday, 16th October. 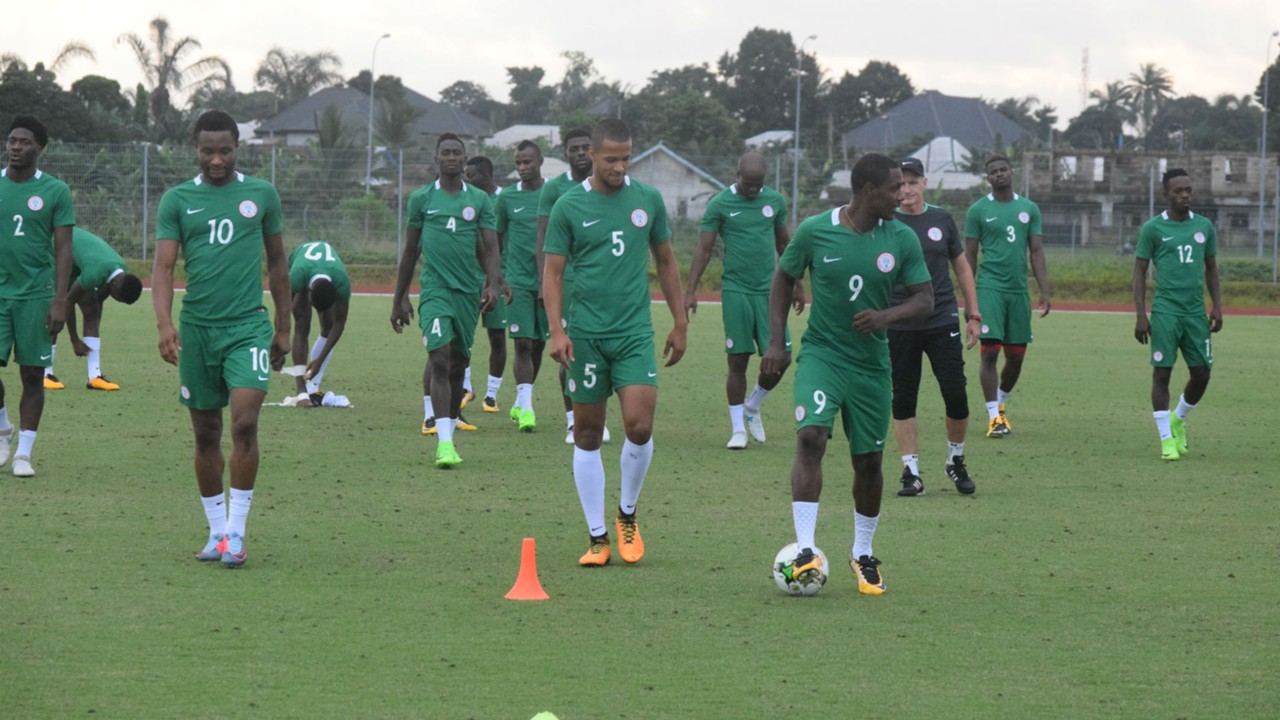 Libya leads the Group E on four points with a superior goal difference to South Africa who have the same number points after two rounds of games. Nigeria are in the third position after amassing three points also from two games. Seychelles bring up the rear without any point.

According to a Tweet on the official Twitter handle of the Super Eagles, the training of three-time African champions will open on Tuesday and Wednesday while the Thursday’s and Friday’s sessions will be closed after the first 15 minutes.

“Training sessions on Thursday. & Friday. October 11 & 12 are closed, although 15 minutes filming will be allowed on Friday.”