Home People “Take your hate somewhere else” – Apostle Suleman tells those criticizing him... 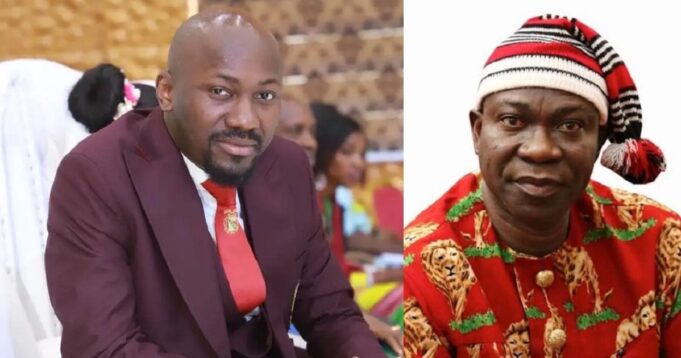 Popular clergyman, Apostle Johnson Suleman has reacted after coming under fire on Twitter for praying for the family of embattled politician, Ike Ekweremadu.

It would be recalled that news broke out on Thursday, June 24, that the former Deputy Senate President and his wife, Beatrice, were arrested in London for allegedly conspiring to harvest the organs of a minor.

They needed the child’s kidney to save their daughter, Sonia, who is battling with a kidney problem.

Reacting to the controversial report, Apostle Suleman took to Twitter to pray for God to see Ike Ekweremadu and his family through the tribulation.

“Heard about the travails of the former deputy senate president, may God see him through.. may God protect their child and spare her life..

Thank GOD for preserving the life of that minor who was to be used..

May God help them to do the right thing..
This too shall pass!”

However, his tweet triggered reactions from some netizens who called him out for praying for an organ donor suspect.

“I just made a prayer for all those involved in the issue of the former deputy senate president and I see reactions..
since you have become the law court,take your hate somewhere else and don’t join those I have blocked..even a confirmed thief on the cross, Jesus prayed for him.”