Home Viral Thief visited by over 500 millipedes and given a ‘fetish’ letter to...

In what looks like a mystery, a thief may have gotten more than he bargained for after he got visited by over 500 millipedes after he was written a letter to return all that he stole.

The incident reportedly occurred at 240 Abak road after Ikot Okubo market in Uyo, Akwa Ibom State’s capital. The thief was told to return all he stole within two days or he dies.

Facebook user Kingsley Achugbu wrote “Happening Now: Beside 240 Abak road close to Uddy King filling station immidatly after Ikot Okubo market, a00e young man that has been identify as a thief a specialist in breaking and entering; into peoples apartment to Cart away their belonging received strange matured millipede numbering more than 500 inside his house why some where within the walls and floor of his house outside parading round the compound. Attached is a copy of the latter in front of the house showing what he was alleged to have stolen and to be returned within two (2) days or he die.
Come see mystical power in action.” 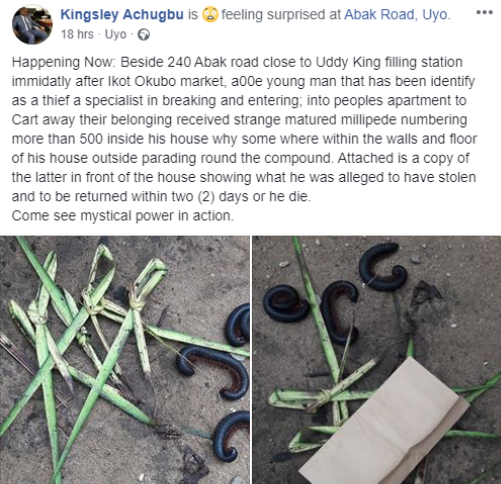 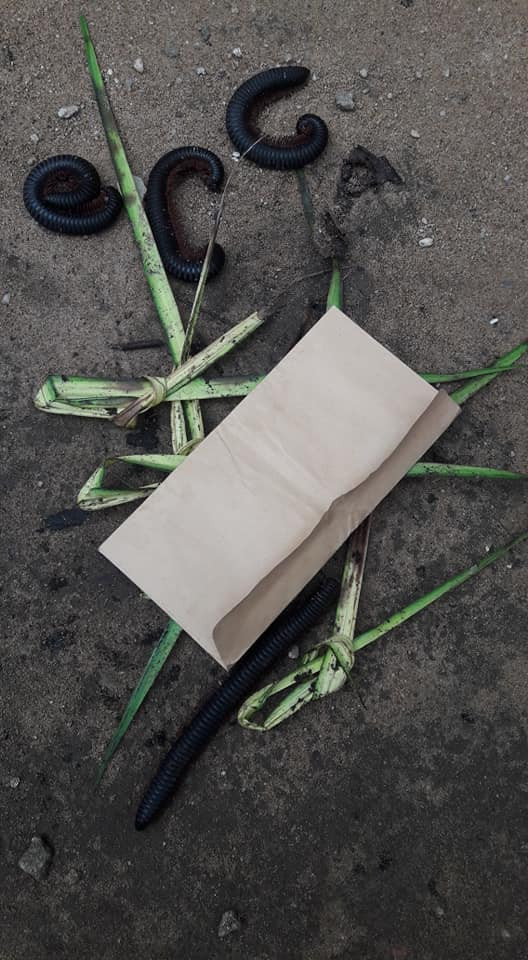 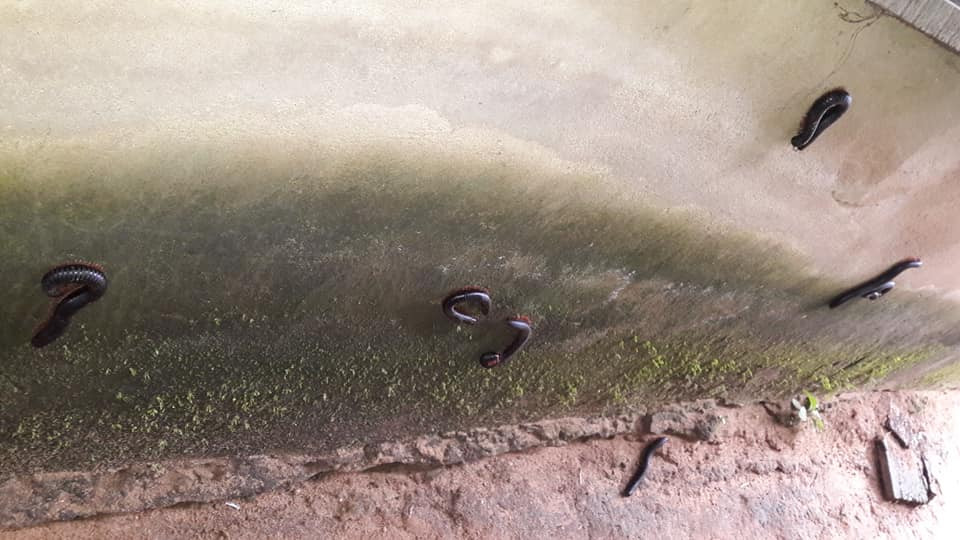 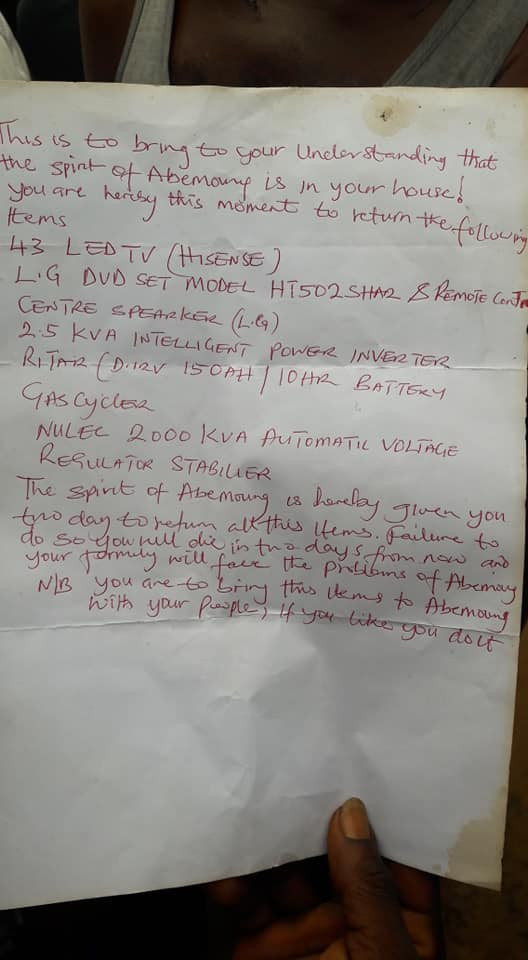 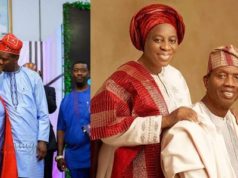 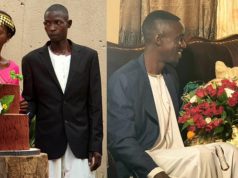 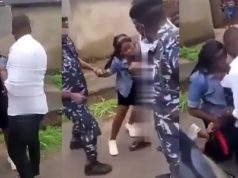 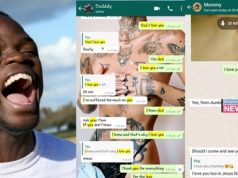 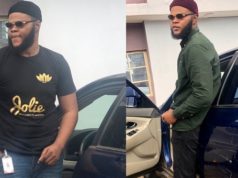 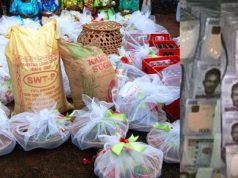