A group of Nigerian youths have stormed the streets of Lagos to protest against the killings, brutality and extortion of the Special Anti-Robbery Squad (SARS).

The young protesters came out en masse to protest against SARS brutality and demand an end to their operations.

Using the hashtag #LagosProtests, they shared photos and videos of the protest action on social media.

Some of the inscriptions on the placards they held were; “I AM NOT A CRIMINAL..” “STOP SHOOTING THE NIGERIAN YOUTH” “SARS.. AM I NEXT?” “..OUR LIVES MATTER”.

The group marched from Ikeja underbrigde to the Police Headquarters in Ikeja and stated that they intend to continue for the next three days.

See more photos and videos below,

The message is simple and clear— #EndSars!
#EndSARSProtest #LagosProtestspic.twitter.com/kpZ65cRkGI

It’s all as a result to end SARS victimization#EndSARSProtest#LagosProtests pic.twitter.com/ErghXGRPnZ

Recall that popular Nigerian artiste, Naira Marley offered to lead a protest against SARS on Tuesday, October 6 but backed out.

This came after a statement was made by the Inspector General of Police, as he inform Nigerian youths that their voices and complaints on the issues of unprofessional conducts by some SARS operatives would been heard very loudly and clearly.

Naira took to Twitter to back out of the protest, as he said there will be an Instagram live session with PRO- DCP Frank Mba on his page.

“We won’t be protesting anymore because there’s a lot of changes being made right now. As a Marlian we will give them a week to see the changes and if there’s no changes we will start a mass protest” Naira tweeted in response to the IGP’s statement. 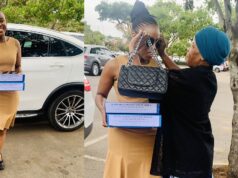 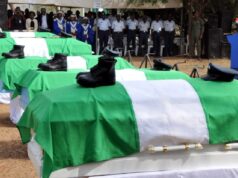 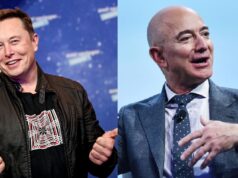 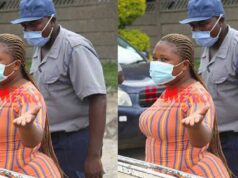 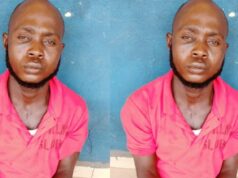