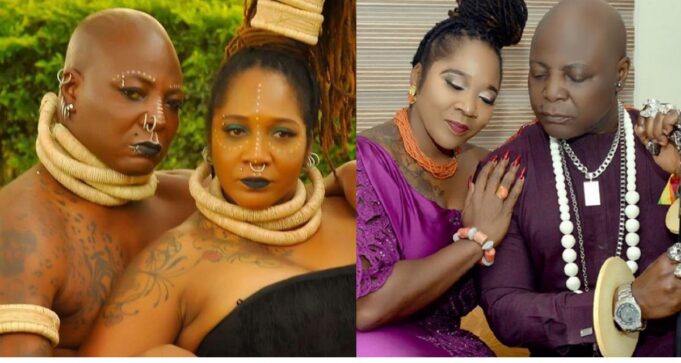 Nigerian singer and songwriter, Charly Boy has dropped a subtle hint that his marriage to his wife of 45 years, Diane Oputa, is on the verge of collapse.

In a post shared on Twitter, the 72-year-old singer and political advocate asked Nigerians if they would be surprised if he told them he’s getting a divorce and returning back to the streets.

According to him, he has always been of the opinion that the institution of marriage is hard and it gets harder the longer one has been married.

If I tell una say, after over 45yrs of marriage to my wife dat am going back to bachelorhood,
what would you say?
I don talk say dis marriage of a tin just no easy.
The longer u stay, the harder it gets.
What should I do? I tire oooo.😕”

This is not the first time Charly Boy is publicly revealing that there is trouble in his marriage as in January, he took to social media to ask for advice to keep his marriage going for more years.

The self styled ‘area fada’ who has been married to his wife, Diane Oputa for over 40 years declared that even seemingly happy marriages are not perfect.

Sharing his wedding photos, Charly Boy in his caption opened up that his energy is dwindling and asked for advice on how to stretch his marriage for another 10 years.

According to him, marriages are hard and most people are just managing.